If roofing is at the heart of the project, Kane Property Services are clearly the team for the job. After recently completing the full asbestos roof replacement on nearly 5,000m2 on the heritage-listed Basil Stafford Farm Building at Wacol west of Brisbane, the team is now in the final stages of internal works for full asbestos clearance to the facility in what will be no mean feat for Kane Construction’s small works division.

The Basil Stafford Farm Centre is a heritage-listed state government owned building which was originally part of the Wolston Park Special Hospital. It became a separate centre providing institutional accommodation for children in 1960 before becoming the Basil Stafford Centre in 1968. Until its closure in 2013, the facility provided accommodation and associated care services for intellectually disabled adults and children.

Being vacant for the past several years, the building created several challenges for the Kane Property Services’ team in the form of unwanted inhabitants including numerous snakes of all species and size.

The site crew commenced the $2.2m project with demolition of the asbestos roofing on the first wing during August 2015, following a detailed removal plan being completed and approved.

Works included re-roofing the building according to Heritage-Listing guidelines with colorbond roofing in the same profile as the old ‘super 6’ asbestos roof, and removal of all asbestos ceilings and floor coverings throughout the building.

Additional tasks involve the removal of multiple layered ceilings, left-over from refurbishments over the years, and multiple layers of asbestos-containing flooring back to the original timber floors.

Works are due to be completed in late February 2016.

Services have been upgraded in a number of locations throughout the building, and the site will be deemed asbestos free, ready for the new internal fitout to commence once a final use for the building is determined by the client. 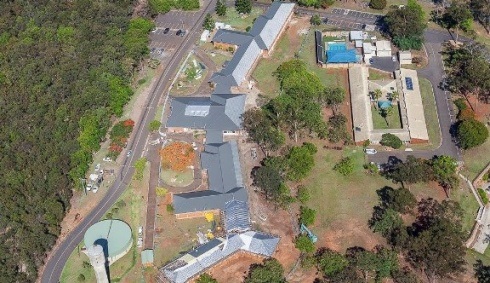 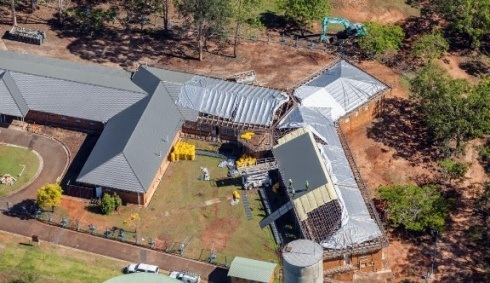 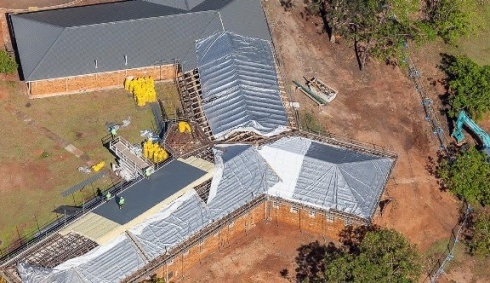 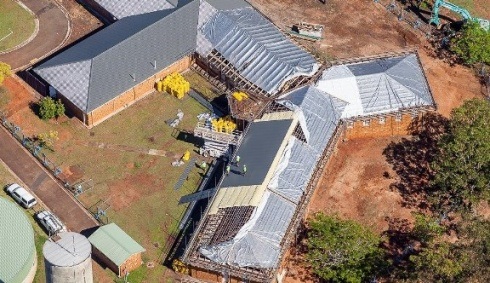 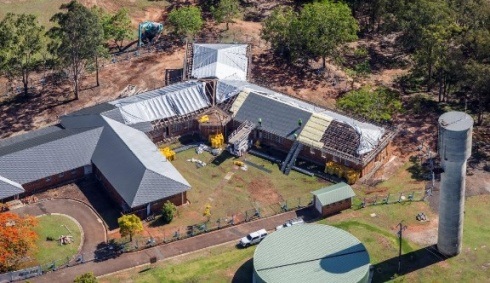 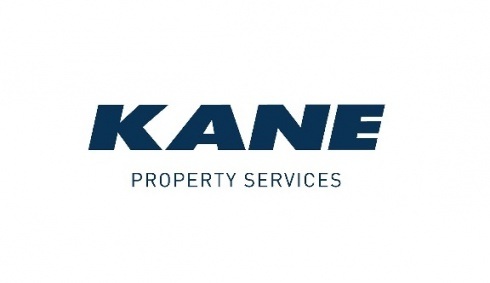