Get outside and play, and do your homework!

Now that the dust has settled and the paint has dried, Gregory Hills Childcare Centre, now known as Exceed, is in full swing. With places for up to 300 children, the centre brilliantly combines the best of old and new learning.

The ‘old’ is the “get outside and play” mentality of the pre-screen addiction period our children now face. Exceed has the fairly standard playground, separated by age groups and challenge levels - all within line-of-sight of the teachers and carers. But it’s the other stuff that separates this particular centre from all the others.The running track (yep, that’s right, running track). For those future Usain Bolts and Flo-Jos just out of nappies, there is a running track complete with 5 lanes.

There’s actually some other lanes too. You’ll find those in the heated indoor squad pool. For those not yet up for swim training, there’s also a Learn-to-Swim pool (not as big or deep, and maybe a little warmer…). A basketball-throw away from the running track, of course, is the basketball/netball court, covered for all weather exercise. There’s also another space for half-court tennis / racquetball, handball and a couple of four-square courts (really old-school right?). There’s also a dance centre with proper floors – I didn’t actually understand the concept until I walked on it.

The ‘new’ is the inclusion of additional learning areas with specific age groups in mind, and not just the children attending childcare. It’s all based around focus and engagement – making sure each child has the opportunity to exceed their own expectations and then giving them the tools and guidance to carry out that personal growth. The whole centre has been designed to facilitate and encourage that growth.

I won’t spoil it any more for you, but let me just say that exceed is unique, and I love it. 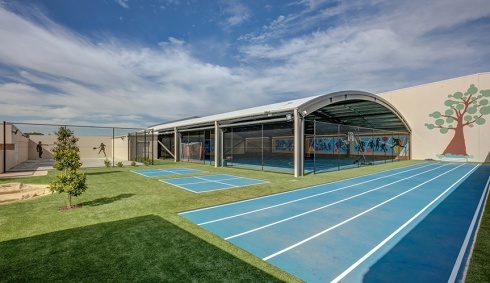 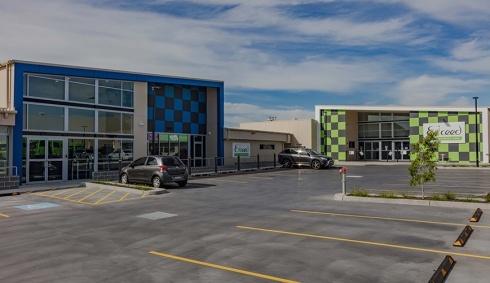 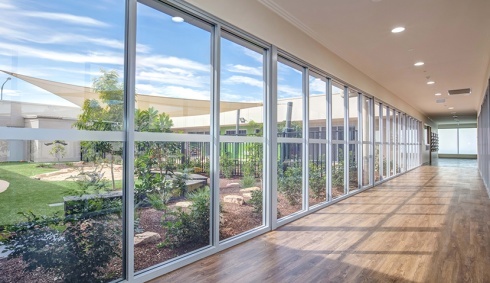