Vogue Living has labelled the new Gandel Wing at Cabrini Malvern, the world’s most beautiful hospital.

Designed by leading architectural firm Bates Smart and constructed by Kane Constructions, the Gandel Wing features the latest in cutting-edge design, urban amenity and modern technology to serve the needs of patients into the future.

Cabrini Malvern’s Gandel Wing has been designed to optimise patient comfort and is a major step forward for Cabrini in their continuous efforts to provide the best possible care. The building comprises of 11 floors including four basement levels.

Kane Constructions was appointed under a Design and Construct contract to deliver the $75 million project in quarter one of 2017. With up to 300 workers onsite during peak periods, Kane remained well ahead of program, with commissioning commencing in March 2019.

“The adjacent hospital buildings remained operational whilst we completed critical services diversions, demolition works and construction of the new Gandel Wing. We maintained a high level of communication with key stakeholders to discuss potential impacts to any of the facilities, services, patients, visitors or staff ahead of time,” said Assistant Project Manager, Carl Naidoo.

“The cores and other vertical elements were changed to precast. We also modified the design of the in situ floor slabs, changing them to flat plates. This assisted with the speed of construction as well as providing clear ceiling space for the coordination of services," said Carl. "Ceiling space is always at a premium, especially in hospitals where the many services required compete for room in the ceiling cavity."

“We used a prefabricated edge formwork for the floor plates. The custom designed, light gauge steel module system of the slab profile is quickly assembled, dismantled and reused, contributing to the speed and quality of the build,” said Carl.

“The façade is clad with 19,000 hollow terracotta baguettes to suit the design of the existing building and surrounding neighbourhood. The articulated façade and the baguettes cast lively patterns of shade and light while providing privacy for patients and neighbours,” said Carl. “It was challenging to execute the high quality design in the required time period.” 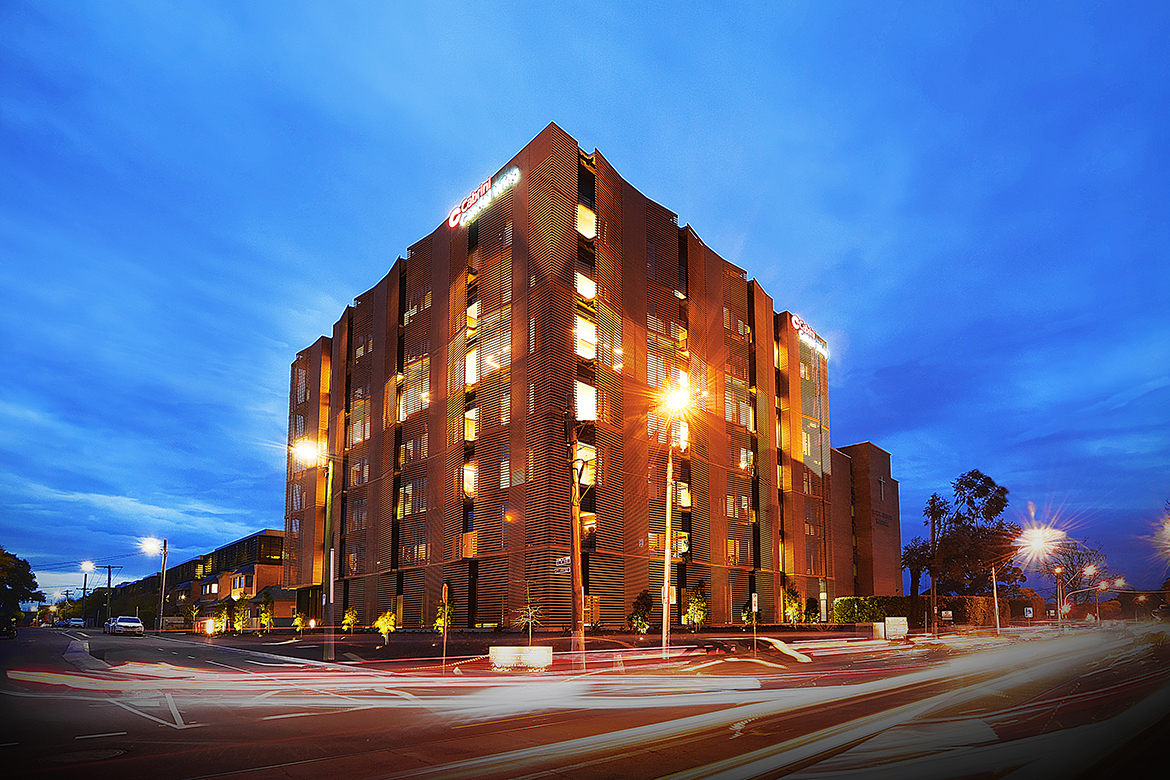 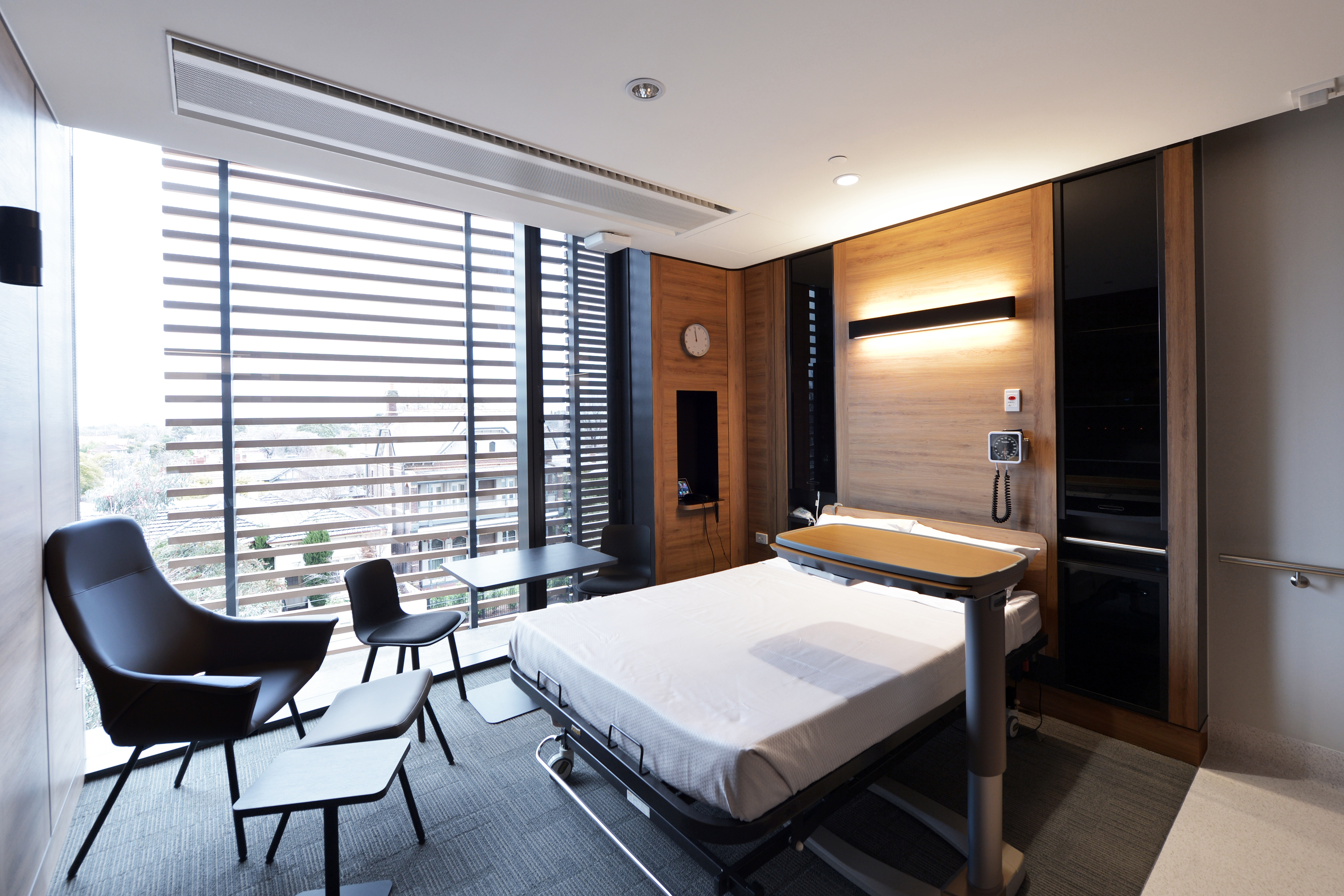 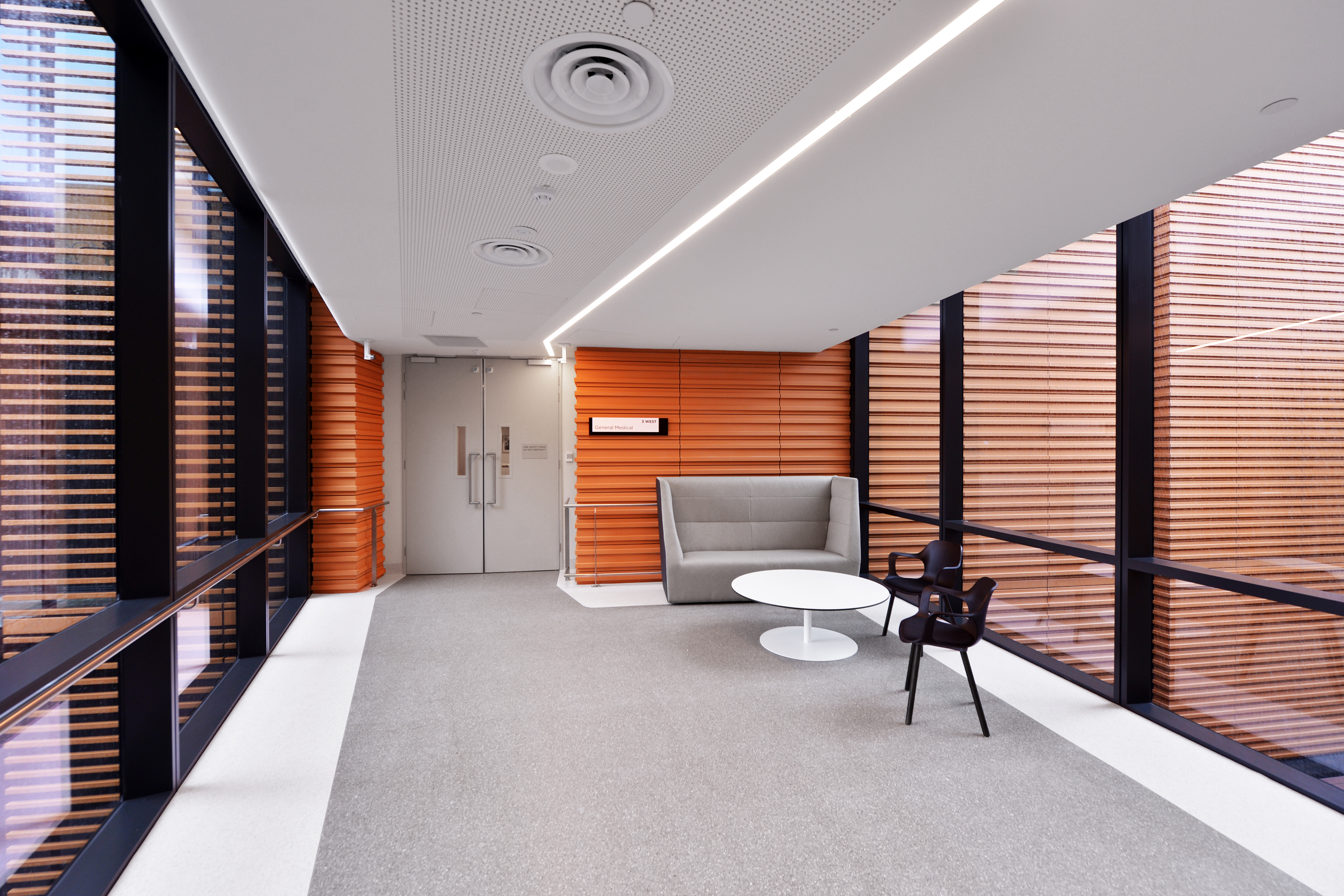 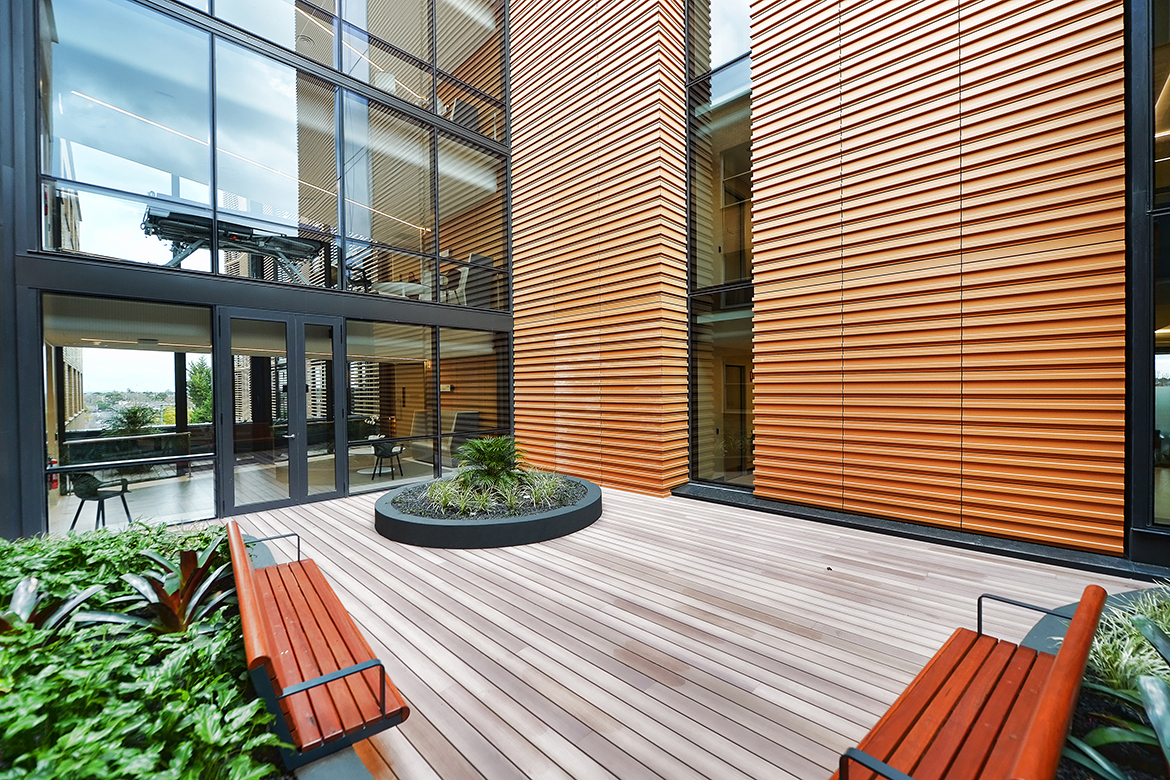