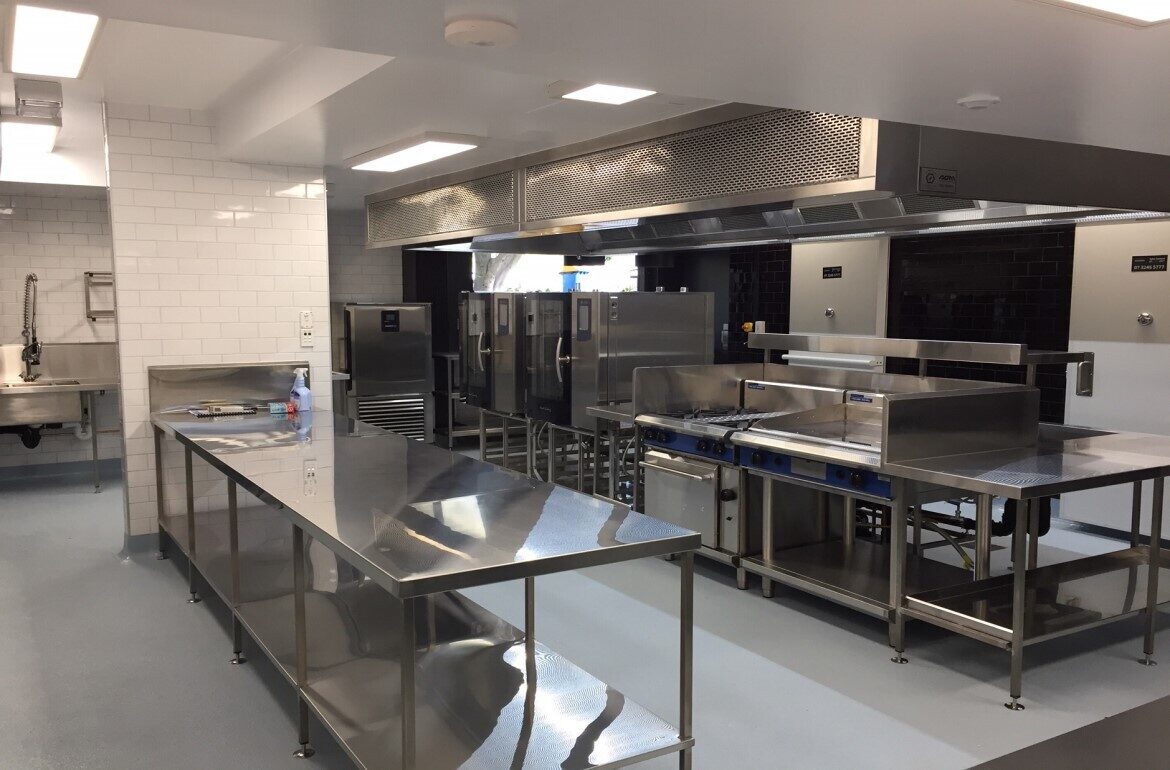 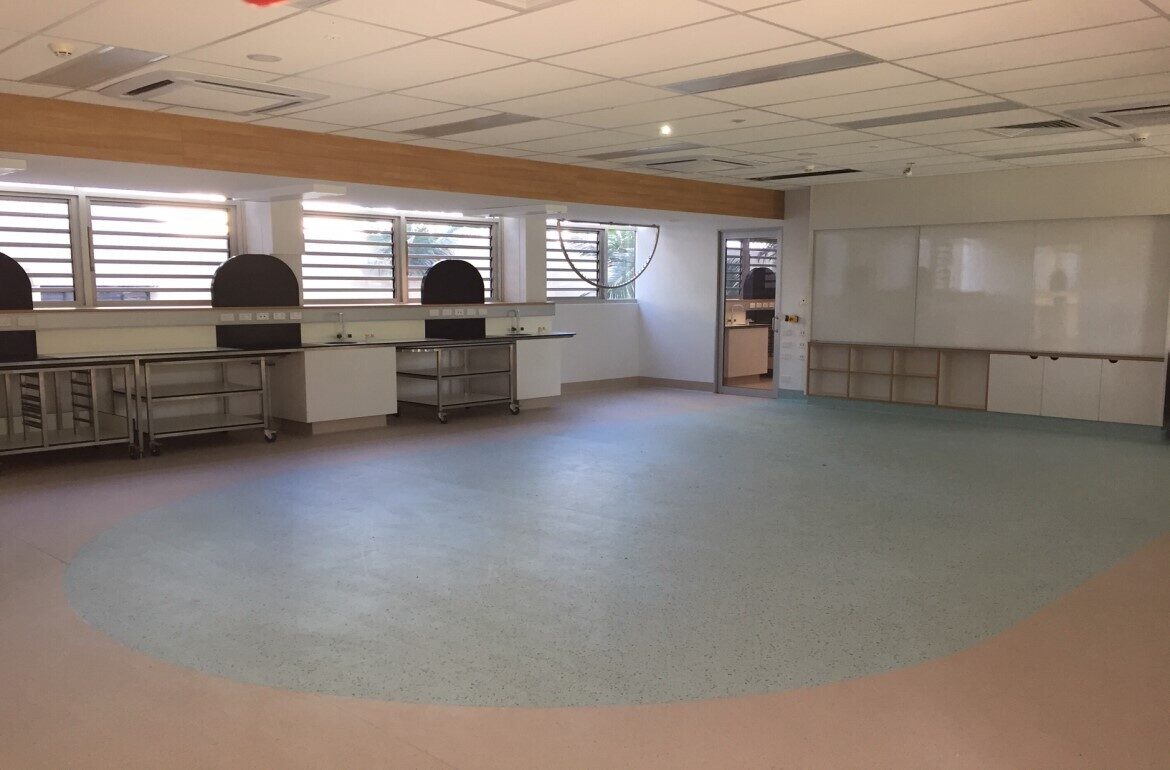 Kane Constructions was engaged to deliver the Aquinas Hall Science Labs & Tuckshop Refurbishment under a Lump Sum contract within the operational campus of All Hallows’ School, in the heart of Brisbane’s CBD.

The scope of works included the demolition and refurbishment of the existing Aquinas Hall building. The building now boasts a new tuckshop with associated kitchen facilities and four levels of science laboratories.

Demolition works included the removal of a considerable amount of concrete from the southern façade of the building, where access was limited to a small courtyard. The works were accessible from inside the building, however, restricted by the maximum weight allowed on the floor slabs. In collaboration with the demolition contractor, Kane utilised an innovative remote-controlled ‘Brokk’ demolition robot, which was small enough to travel to each floor via the building lift and light enough on the internal floor slabs.

The external façade of the Aquinas Hall building was upgraded; including new glazing and perforated aluminium balustrading.

Works were undertaken in the live and operational school campus, which presented significant challenges in itself that Kane successfully and collaboratively navigated through with the client and stakeholders.

The building was located in the centre of the operational school with no clear designated access path to the site compound. The only access for deliveries was via an access road, which was shared with school vehicles including buses. To mitigate Kane’s deliveries impacting on school vehicle movement, Kane proposed an embargo on deliveries during school student set down / pick up times of 7am-9am and 2pm-4pm to ensure the impact was minimised.

Clear delineation of the site compound was critical as surrounding buildings and spaces remained operational during the works. Kane achieved the delineation with the installation of solid hoardings. Careful consideration was given to existing emergency egress paths to ensure these weren’t impacted or impeded by site hoardings (including a 3m-wide path to the front of the site, which had to be maintained at all times).

At various times during the works, the school required access through the site for school events. On these occasions, Kane would temporarily relocate hoardings to provide safe access for the duration of the event. The top floor of the Aquinas Building remained operational at all times during the works. To segregate workers from students using the building's internal stairs, an external scaffold including stairs was erected and used for all building access. 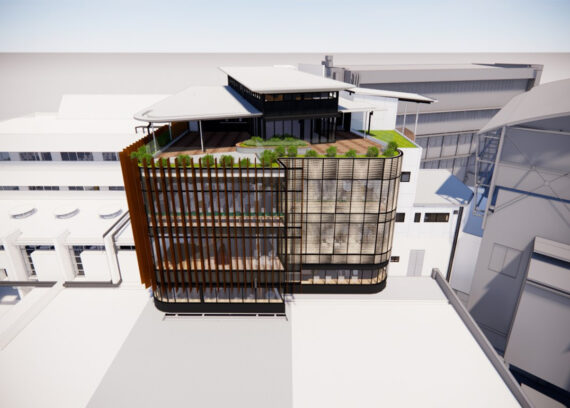 All Hallows’ School, The Exchange Project 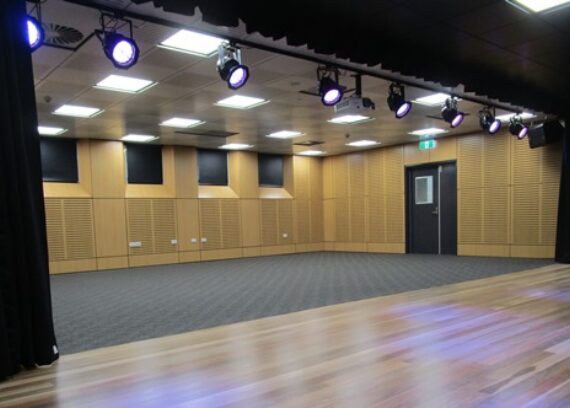