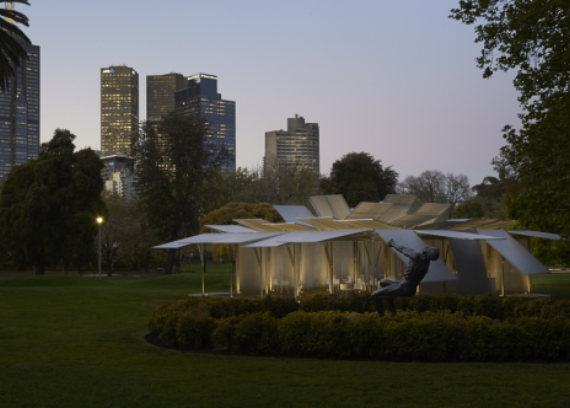 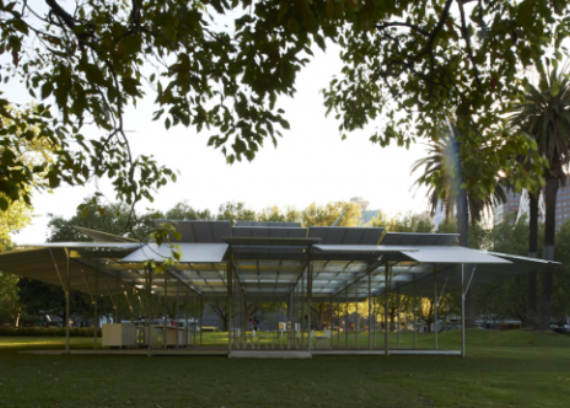 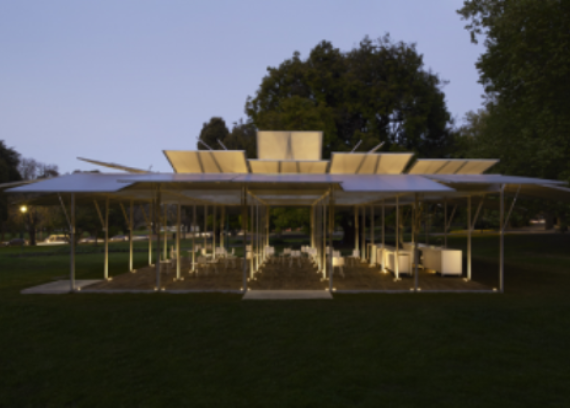 MPavilion is a 12m x12m temporary pavilion in the Queen Victoria gardens Mlebourne. It is the first in a series of annual architectural commissions by the Naomi Milgrom Foundation. The pavilion hosts a programme of cultural events and activities and is open free to the general public. After four months the pavilion is dismantled and relocated to its permanent home after being gifted to the City of Melbourne.

The need to secure the building at night informed the decision to incorporate an operable facade that can be controlled remotely. This also resulted in the animation of the facade - different configurations are available for different needs. By extending this idea to the roof plane light and shade are also able to be modulated.

The entire building is recyclable - it is designed and detailed to be relocated. The floor is reclaimed from an old farm building. We maintained the excavated soil on site to construct two new grassy mounds to the north of the pavilion. The mounds enhance place making and provide a place to play, lounge and gather adjacent to the MPavilion.

Design and construction of the MPavilion took place over a six month period with the pavilion opened to the public in October 2014.