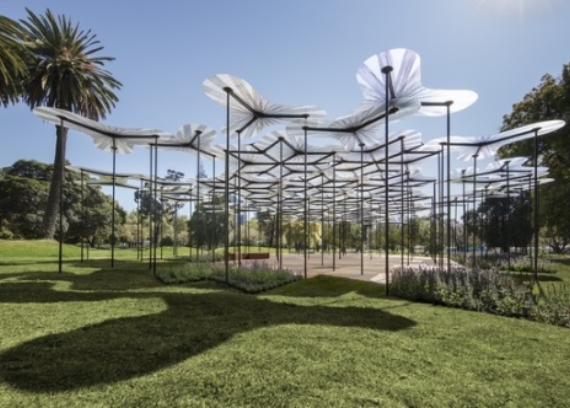 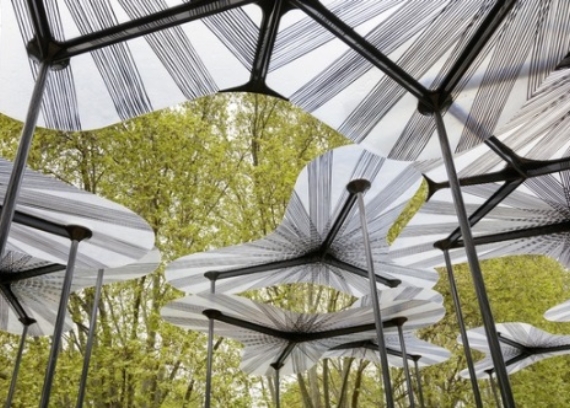 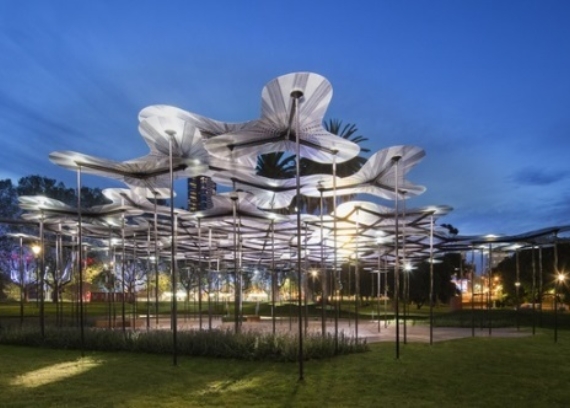 The $1.2 million Lump Sum 2015 MPavilion built by Kane and designed by British practice Amanda Levete Architects opened in Melbourne's Queen Victoria Gardens, opposite the city's cultural hub of The Arts Centre and The National Gallery of Victoria in October 2015.

Kane enjoy collaborating with the Foundation and delivering these unique public structures.

It was officially opened by Martin Roth, Director of the Victoria and Albert Museum in London, who described it as "welcoming the spring." "When spring comes back to life in the landscape in the city, that’s exactly what happens today with the pavilion," he said.

The challenge led the design team to explore composite materials not ordinarily used in construction. "The bold design fits the brief to make the pavilion a risk-taking and experimental structure," said Roth.

The columns are made of carbon fibre tubes developed in Finland for camera tripods. It creates an extremely lightweight structural system that sits gently in the landscape.

The "petals," each three millimetres thin, consist of a resin developed for surfboards made by Queensland-based fabricator MouldCam.

Fibres were added to the clear resin to make it translucent enough to simultaneously cast patterns of shadow on the ground and allow dappled light through. The "petals" are reinforced with carbon fibre strands, expressed as a filigree pattern of veins.

Lord Mayor of Melbourne Robert Doyle said the pavilion "blends in to this very beautiful environment and, of course, this is the perfect place for the MPavilion, but it also adapts to it in quite a remarkable way."

The 2015 MPavilion is open until 7 February 2016 after which it will be gifted to Melbourne and moved to a permanent location.