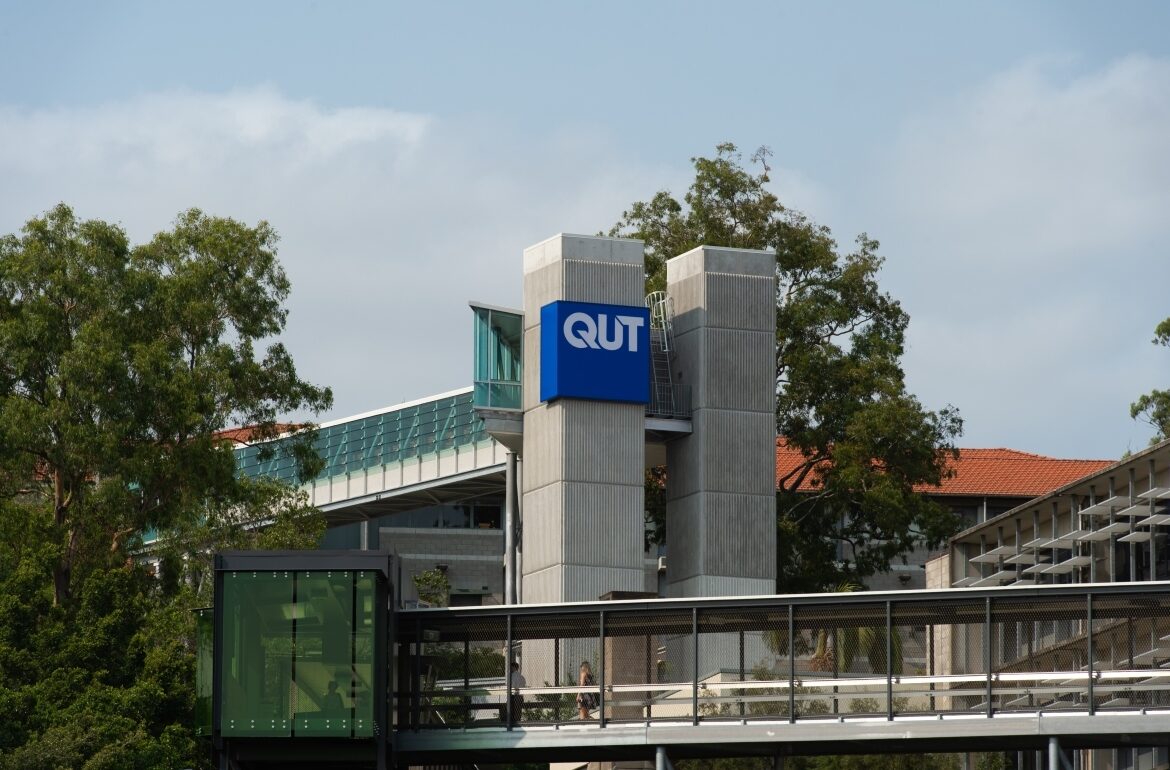 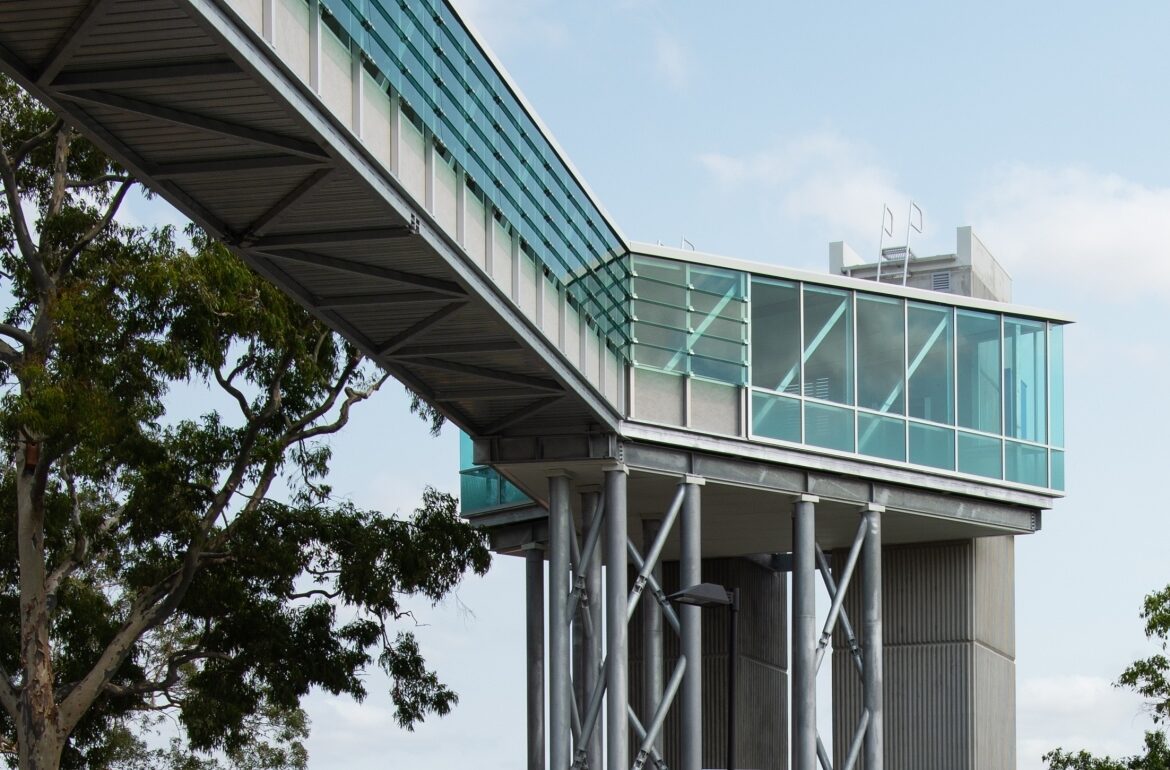 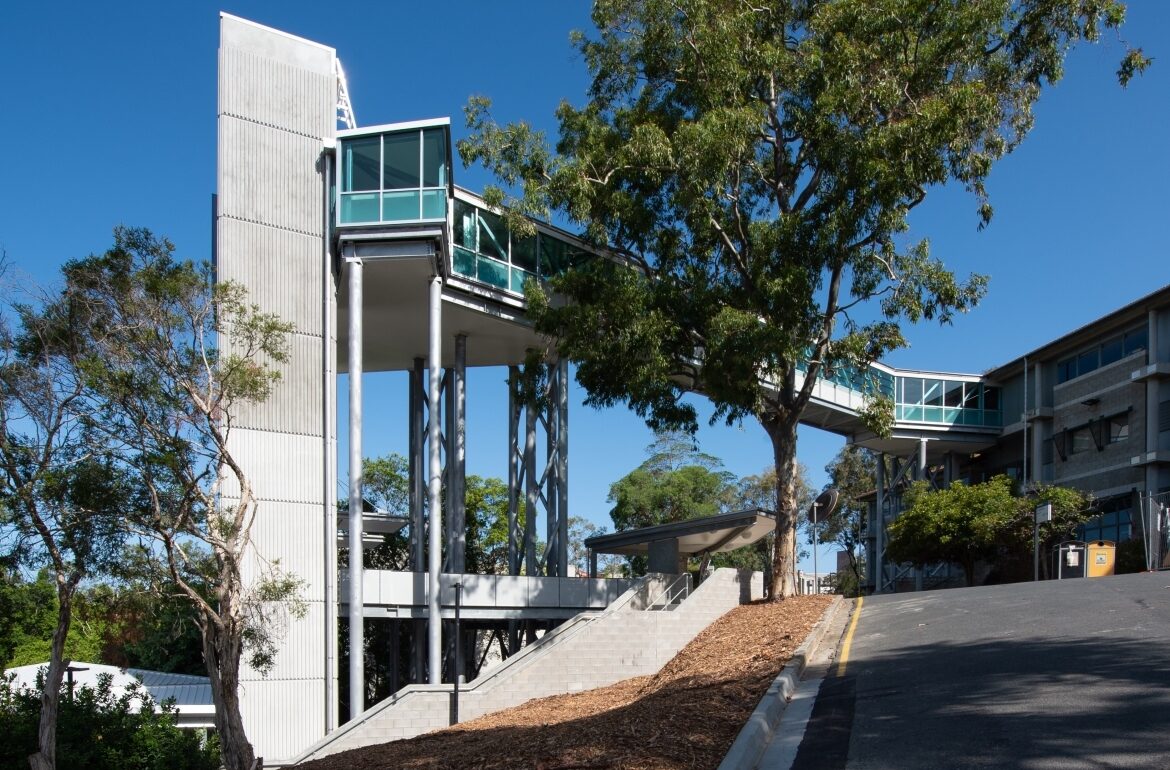 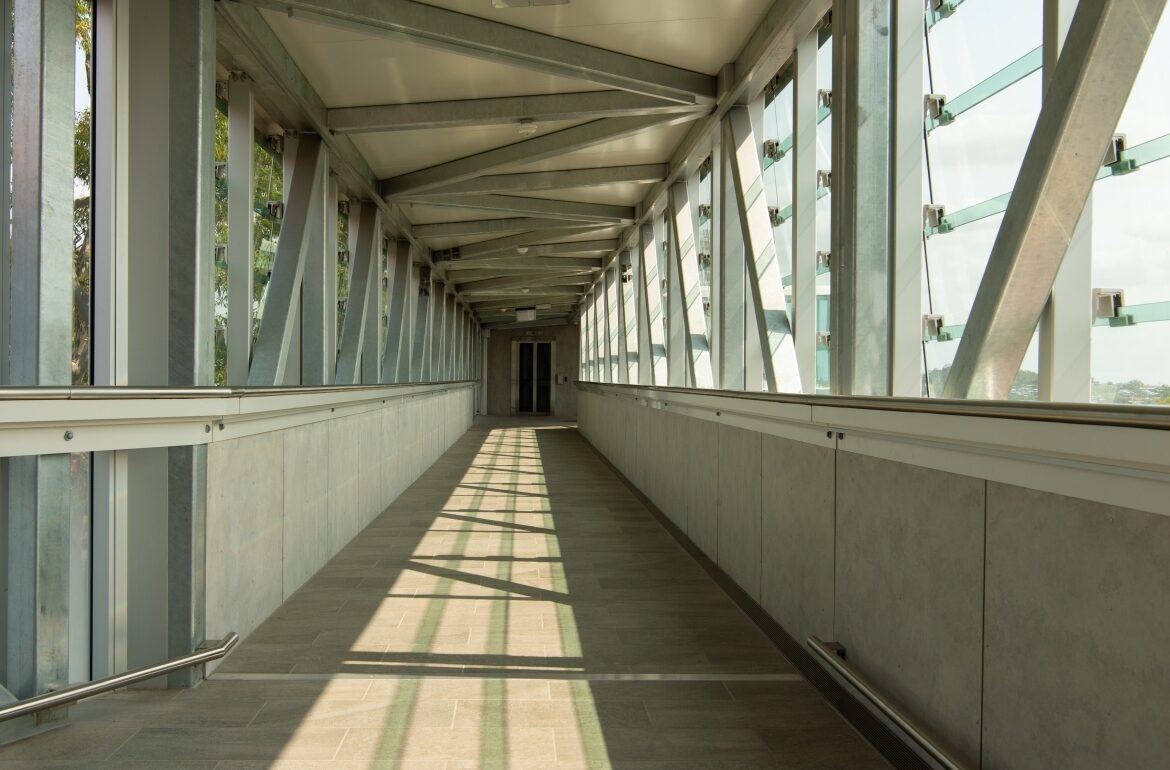 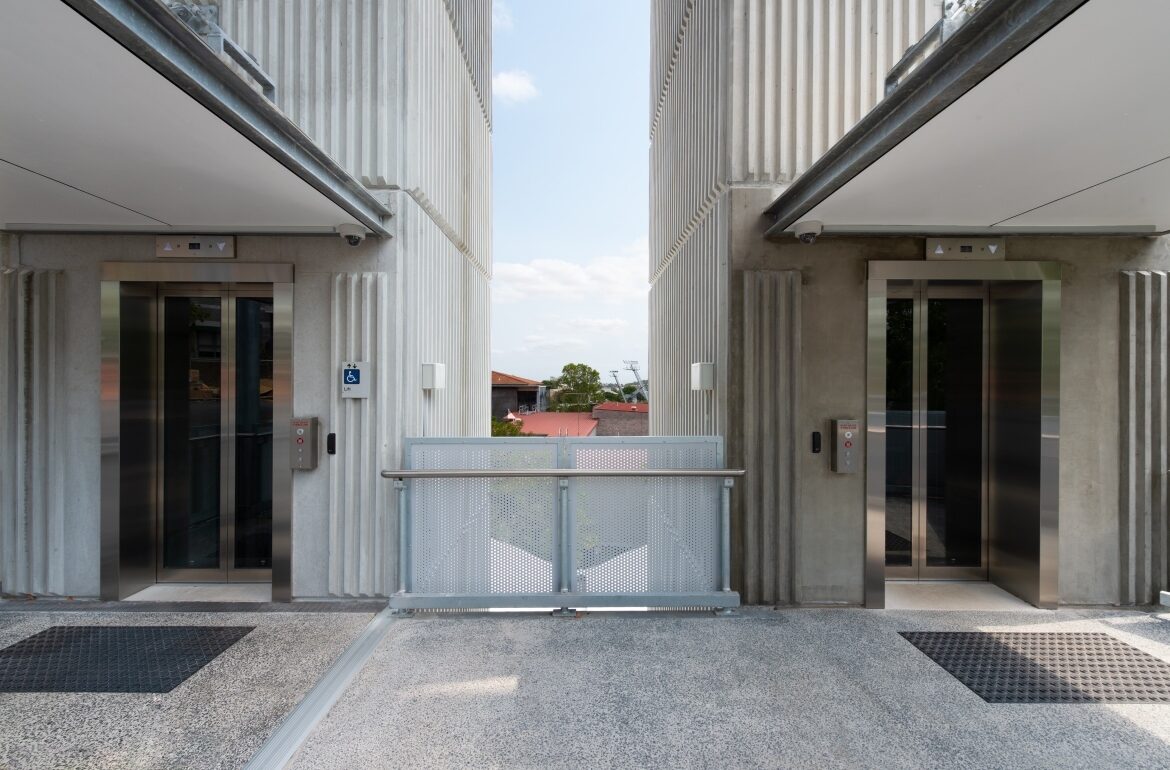 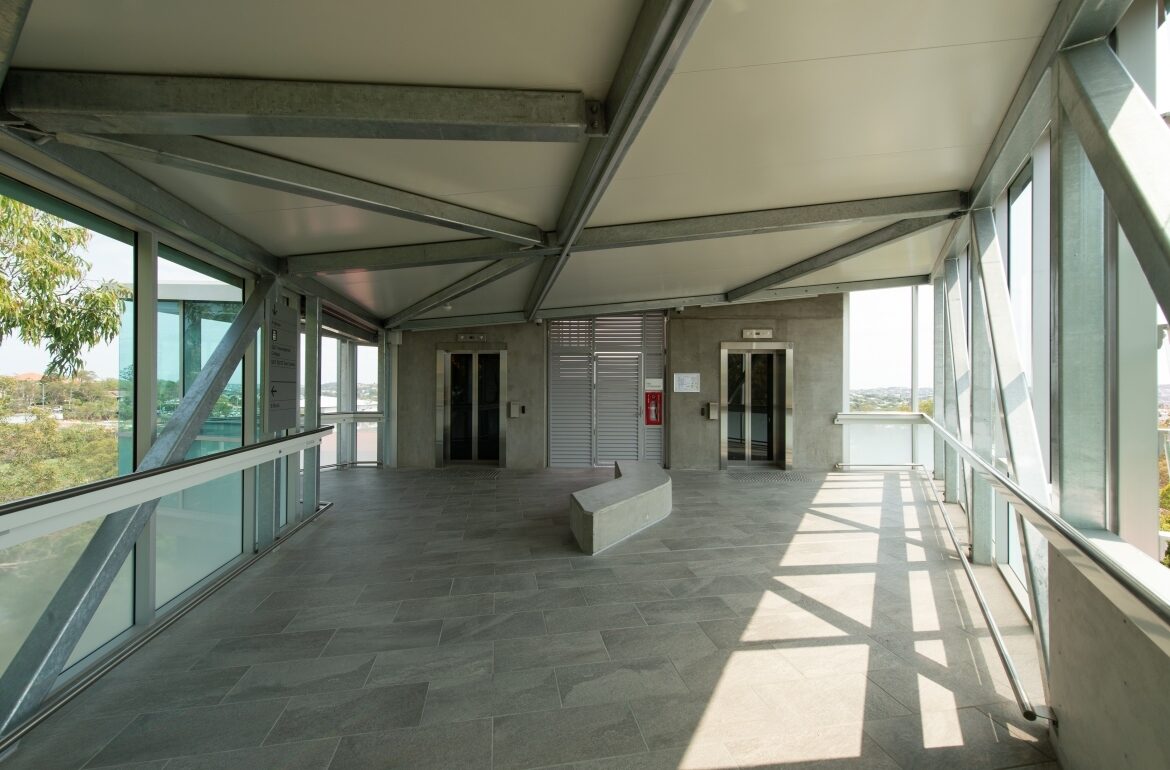 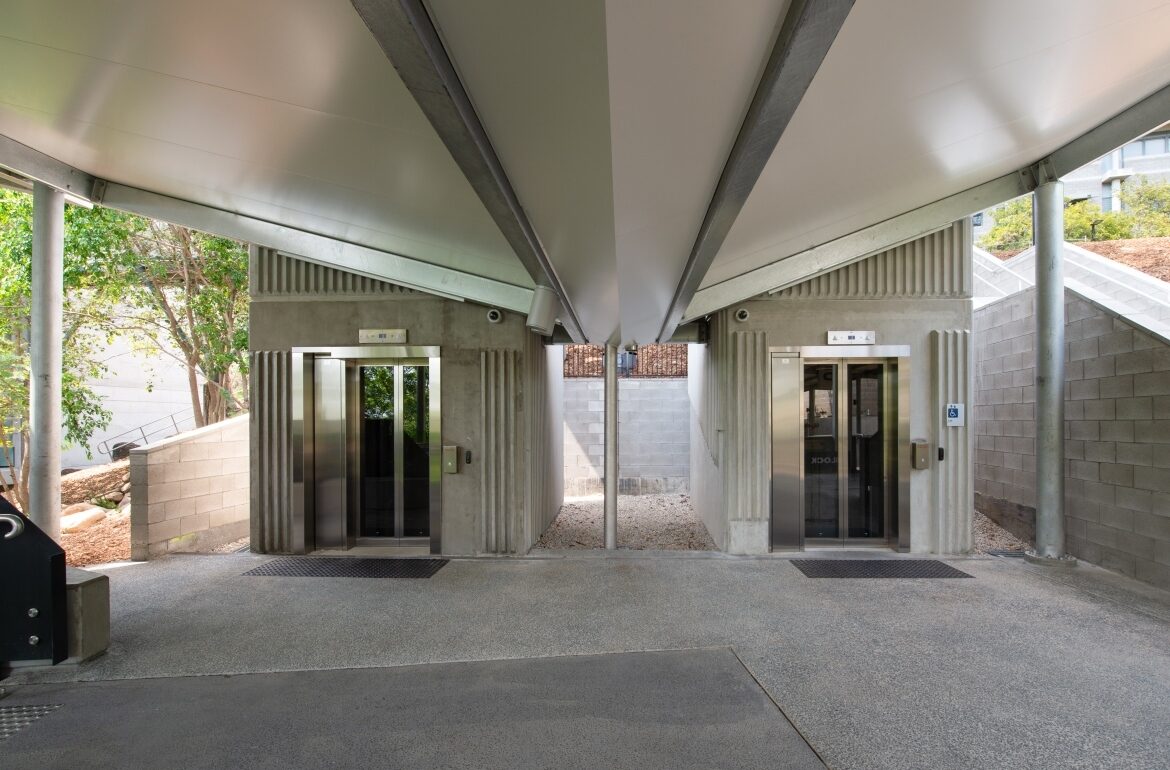 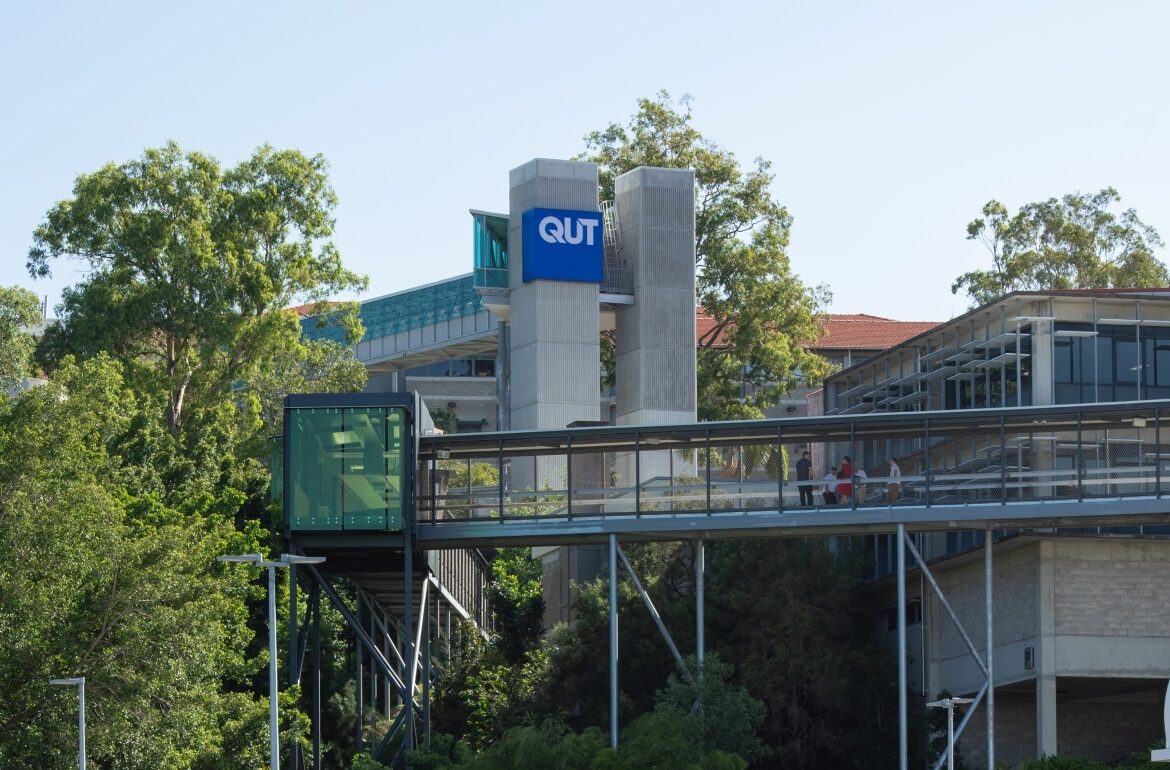 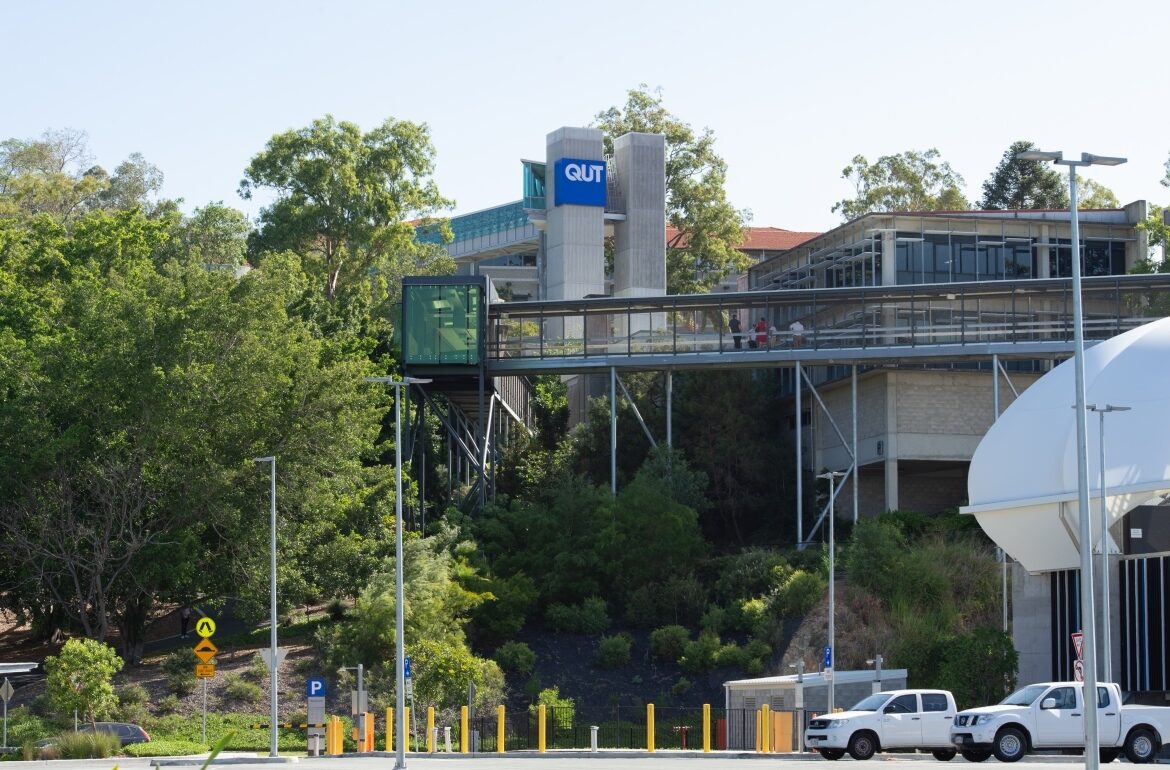 In 2011, QUT constructed a stand-alone lift connecting the existing P Block teaching building with the internal Ring Road at the Kelvin Grove campus. The stand-alone lift ensures accessible access for both students and staff traversing from P Block across the campus.

More recently, QUT has completed the new multi-level car park with associated sports field. This project has identified an increase in student and staff numbers now required to traverse across the campus to access buildings beyond the Ring Road level.

To cater for the increase in traffic, Kane was awarded the contract to duplicate the existing lift. In lieu of the new lift ending at the Ring Road, the new and existing lift was extended so as to provide an access path to the main campus level via a new walkway that is connected into B Block Level 3.

The project works included the construction of a new 24m high lift shaft, installing a new lift, increasing the height of the existing lift shaft, and installing a second lift. A new structural steel walkway was built above the existing Ring Road, and connects into Level 3 of B Block across the road.

Kane worked with the client to implement Kane’s in-house innovative design changes which included the existing lift shaft being extended in height using precast panels. To accelerate installation and remove the need for bracing, Kane suggested for ‘box-sections’ as opposed to singular panels. This process removed the need for bracing of panels and allowed all sections to be installed within two nights – resulting in a significant time and cost saving for the client.

With the length of the central bridge section being significant given it was 20m long, Kane proposed the bridge be split into 10m sections to allow for galvanising and ease of transportation to site. This solution was used, and once on-site, the two sections were joined on the ground and installed using a 100t crane, resulting in both time and cost savings for the client.

Kane worked closely with the client to maintain the thoroughfare between the sports centre, main car park and the heart of the campus. A lift was required to be operational at all times and maintaining safe student access was paramount to the overall success of the project.

Works undertaken were by no means a simple conventional build. Access to main working areas was difficult and restricted for a number of reasons. The contour of the site detoured away from the documented geotechnical report and working areas for material laydown were restricted. This was due to a single lane roadway which was to be maintained for traffic thoroughfare and crane set up locations which were restricted by proximity to adjacent buildings and existing ground conditions. 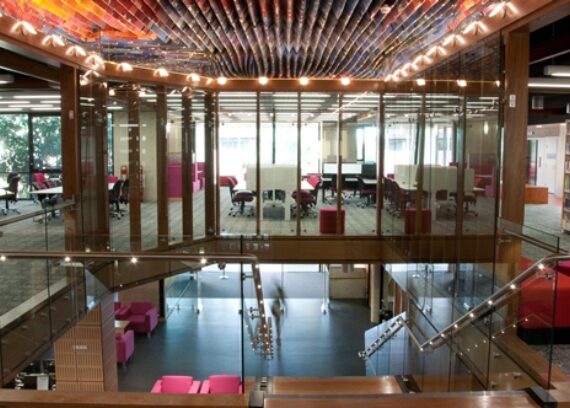 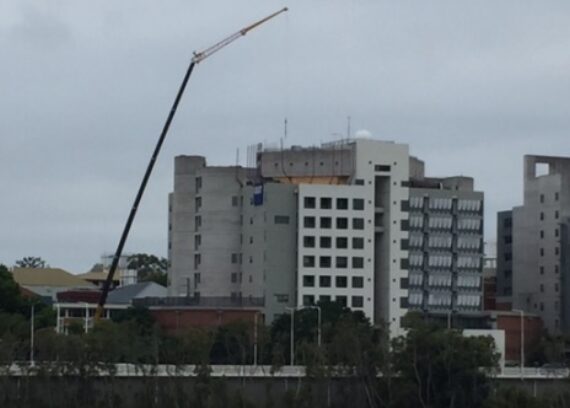