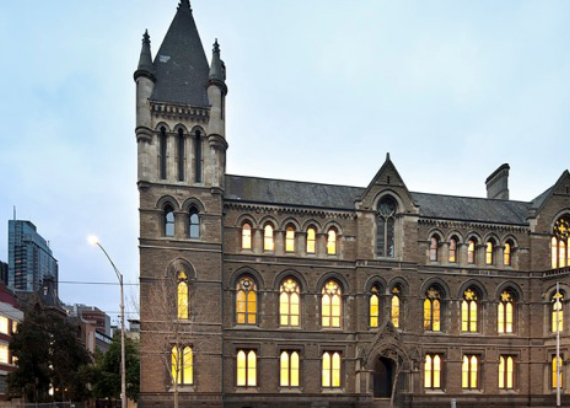 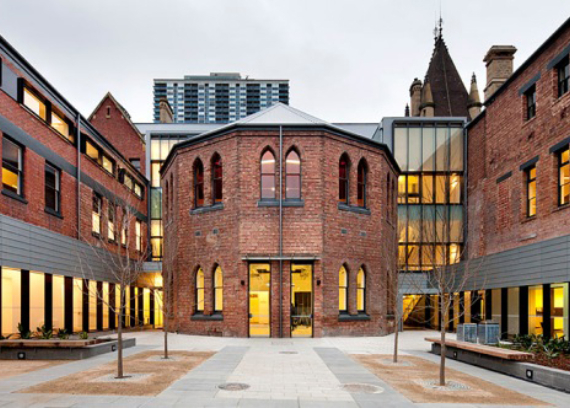 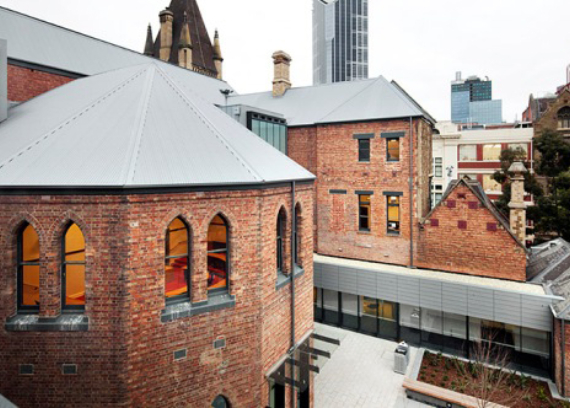 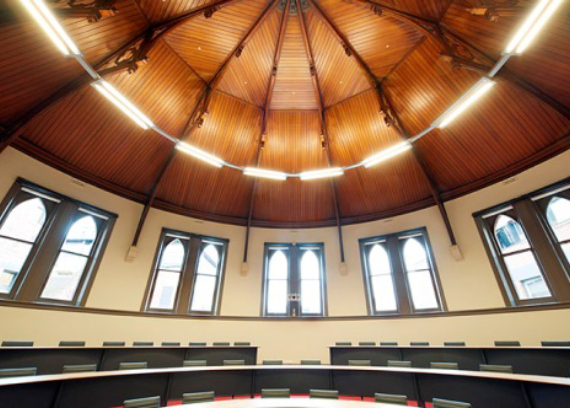 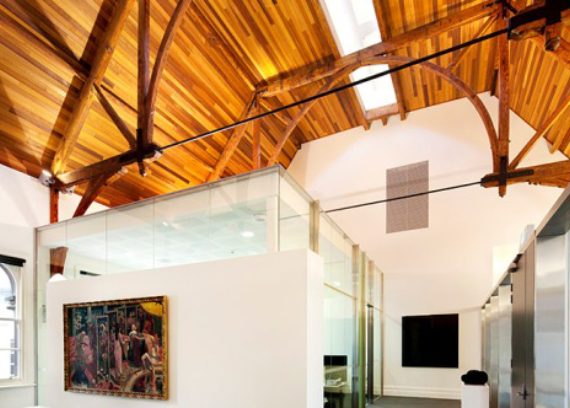 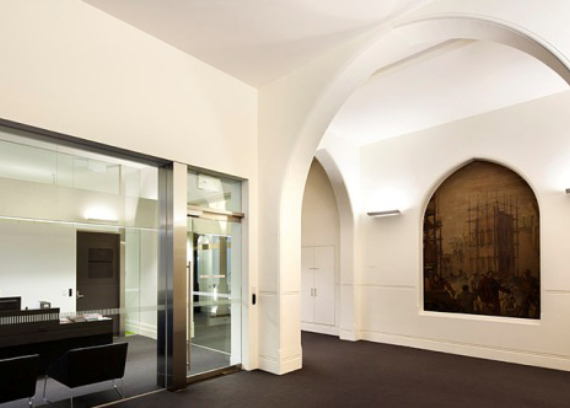 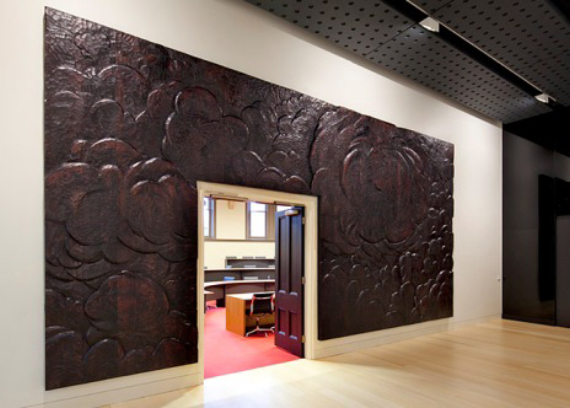 The Francis Ormond Building project worked with the limitations of a historic building to deliver a highly ecologically sustainable building with significantly improved space design. The building was certified in August 2010 as 5 Star Green Star - Office Design 2.

Building 1 is RMIT's oldest building being constructed in two stages between 1886 and 1892 and named after Francis Ormond, founder and benefactor of the original Working Men's College. Located on La Trobe Street in Melbourne's CBD, the building became part of RMIT in 1997.

Kane Constructions was engaged in 2008 to carry out a comprehensive refurbishment to both restore original elements of the building and create a new administrative headquarters for the university.

Building 1 had a well organised plan which was adaptable to the new uses, being mostly offices, meeting and function spaces. New elements were contemporary in nature and designed to "float" within the original spaces. This is an adaptive re-use which retains the best of the original building but brings it clearly into the twenty first century.

The result is a highly efficient building which was achieved without making slash-and-burn style changes. Energy efficient measures include shared energy system, active chilled beams and under floor heating. The occupant spaces are open, connected and provide good daylight access while maintaining the historic integrity.