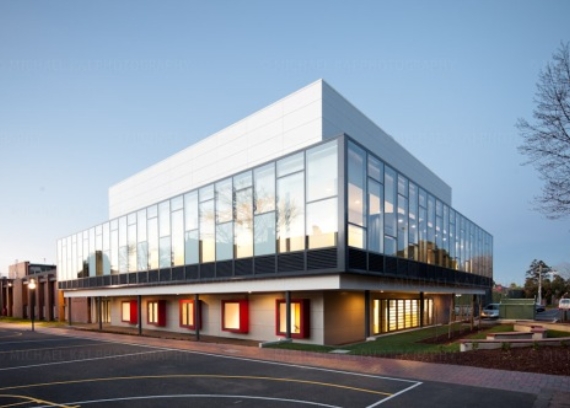 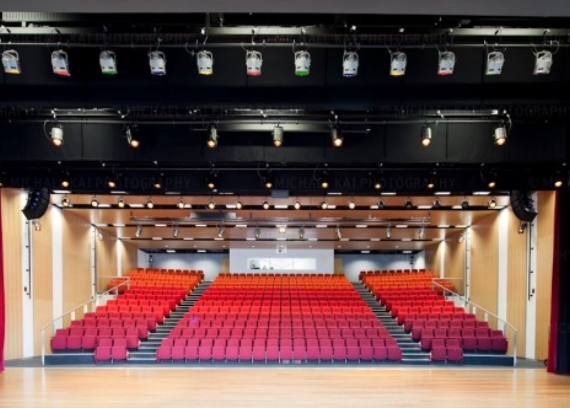 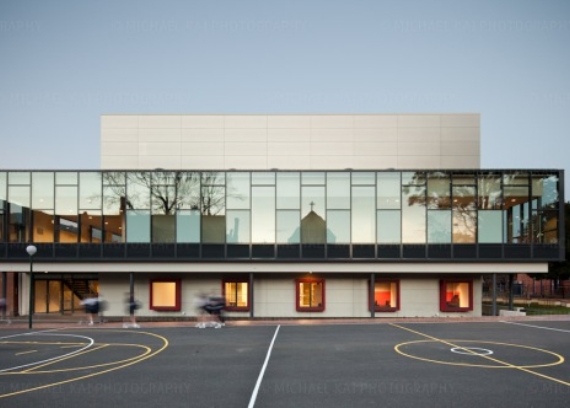 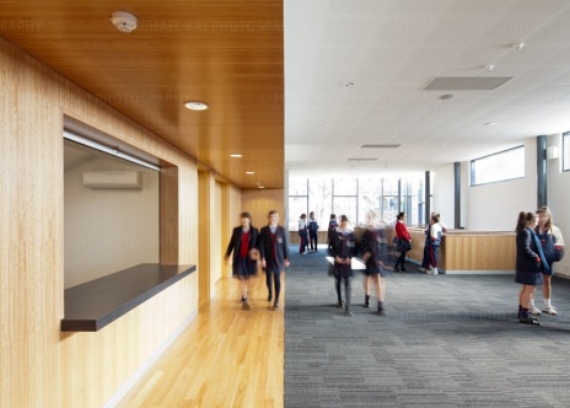 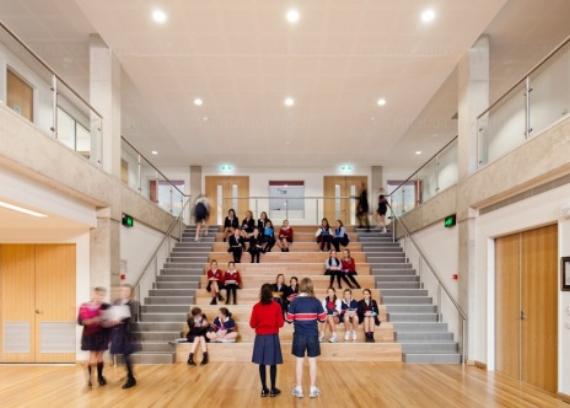 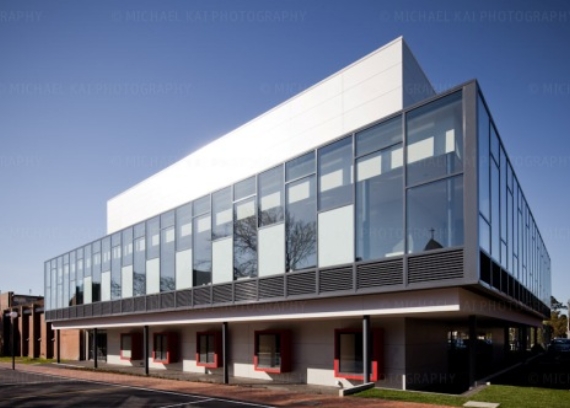 Star of the Sea College

Construction of a new 2000m² Performing Arts Centre at Star of the Sea College, Gardenvale.

The 424 seat multi-purpose auditorium space has the ability to transition quickly from an acoustic and light isolated theatre for orchestral performance and productions to a bright naturally lit space for gymnastics and dance.

The lower ground stair becomes tiered seating for student performances, the spacious foyers become areas for house meetings/assemblies, the lineal stage wings of the auditorium can be configured to become dressing rooms, even the ground level classrooms can become the back-stage areas linked via audio and visual media.

The four levels including a mezzanine adopt natural ventilation via automated louvres and a specially designed ventilation system combining external air intake with an internal timber ventilation box that wraps the first floor perimeter and doubles as a seat for students.

Scope of works included demolishing the entire back two storey high wall of the sports hall, which included the school’s basketball and netball courts, as well as being the main hall for school assembly’s and concerts.

The rear of the building was open and protected for over six months while the new Performing Arts Centre was constructed over three storeys to tie into the existing hall.

The two buildings were successfully connected creating an interface between the two façades of the existing school hall and the new PAC. A new main entry for the existing hall was created via the new PAC lobby via two sets of double doors to create a shared lobby.

Kane maintained the existing parquetry floors of the courts and erected a two storey hoarding to allow the existing courts to remain operational with games and school assemblies during construction.

The main communications and power runs for the new PAC were ran through the existing ceiling of the hall with no disruption to the school and zero leaks or water egress into the building for the duration of the construction works.