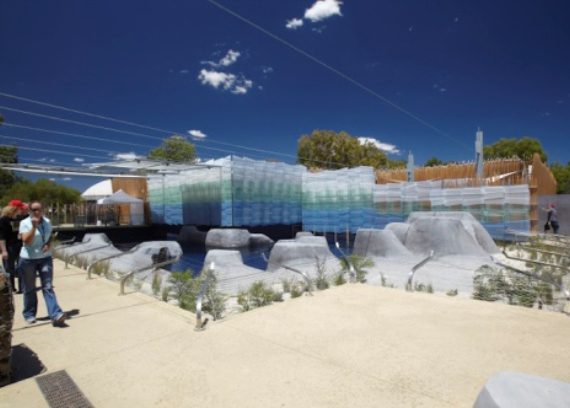 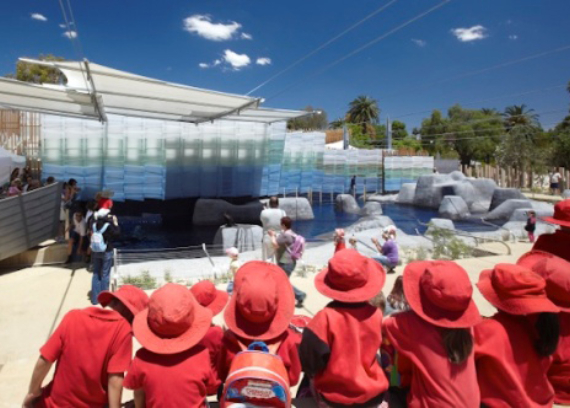 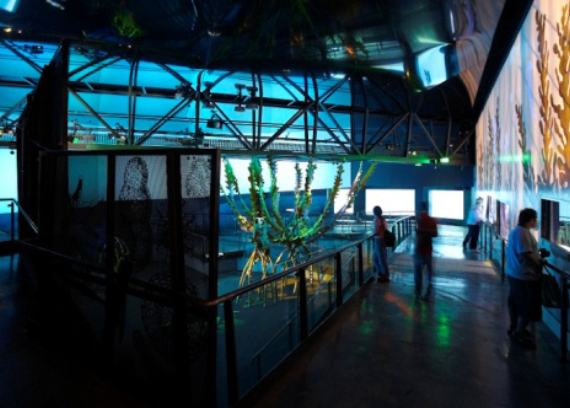 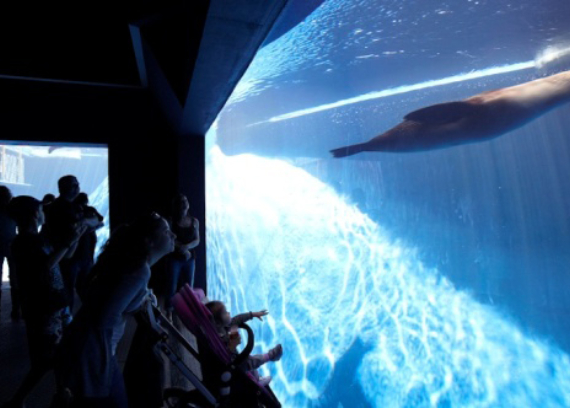 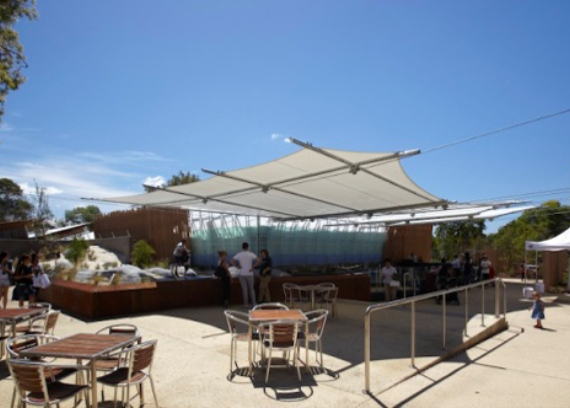 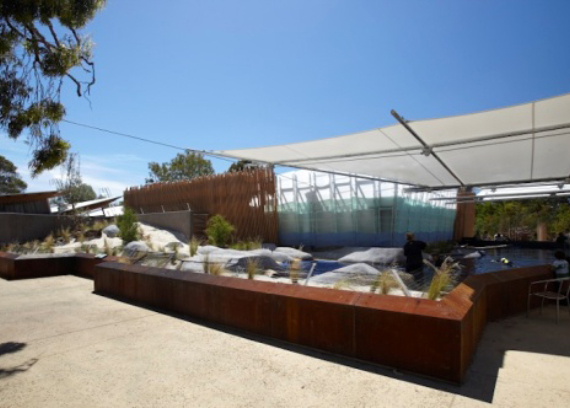 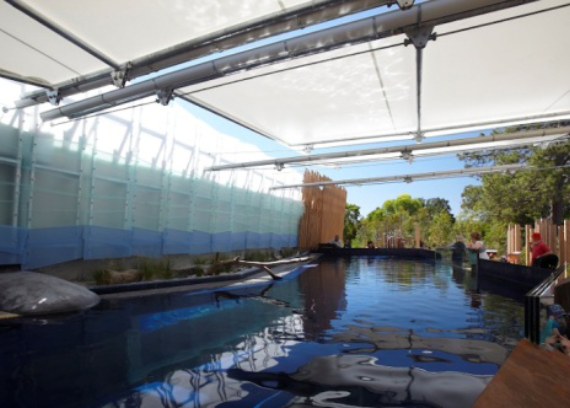 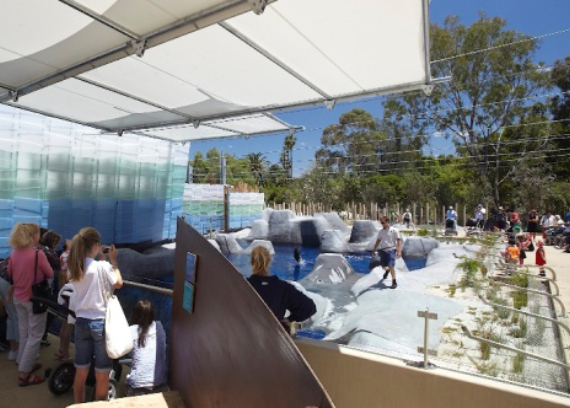 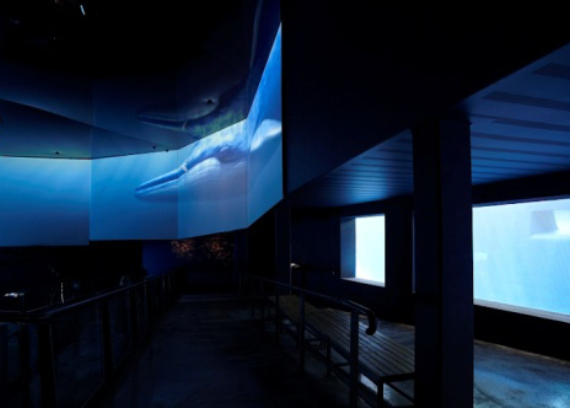 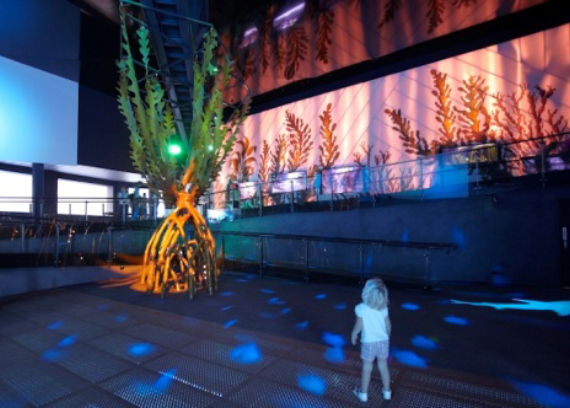 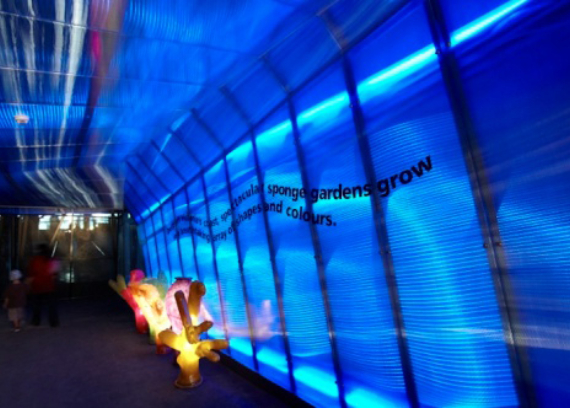 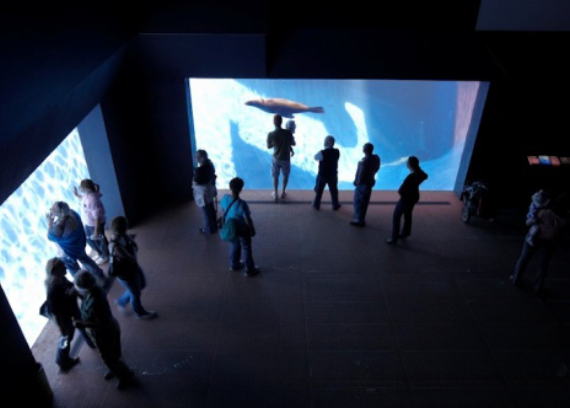 Wild Sea is the new home for the Zoo's seals and penguins. For the first time the Zoo will display a myriad of other Victorian marine wildlife, including fish, and Fiddler Rays.

The pools have been designed to show off the swimming skills of the seals and penguins, with large windows extending the full depth of the pools.

Visitors to the penguin pool are able to see the streamlined swimming speed of penguins from an underwater perspective for the first time at Melbourne Zoo.'

The seal pool is more than five metres deep, with a three-speed wave machine.

The penguin pool is more than two metres deep, with the first-ever underwater viewing of the penguins at play. The pool is fitted with underwater jets to create currents in the water.

Visitors enter Wild Sea via sand dunes, linking the beach to the ocean's depths. They then encounter a pier, built from recycled timbers salvaged from dismantled bayside piers, such as the old Portsea Pier.

Visitors can then gather in a large seating area to watch the seals and hear Keeper Talks about the individual seals, their marine habitat, and conservation issues such as marine pollution.

Kane Constructions is proud to have delivered this world class facility which was opened by the Premier of Victoria, John Brumby in December 2009 following a 16 month construction period.

The exhibit is among the best seal and penguin sanctuaries anywhere in the world.
John Brumby, Premier of Victoria
Back to Projects