To mark this achievement, the Kane project team, accompanied by client City West Housing, gathered to the uppermost point of the structure. Adding significance to the ceremony, the tree species - Metrosideros Excelsa (New Zealand Christmas Tree), will return to site in five months’ time where it will be planted in its final resting place on the Level 5 courtyard terrace.

With a workforce exceeding 100 workers, over 170,000 hours worked, over 20 major concrete pours, and over 145 tonnes of reinforced steel spanning 10 levels, the structure is now complete. The critical path now shifts to the external façade and internal fit out.

Congratulations to the project team, City West Housing and key consultants and subcontractors who have all worked tirelessly to reach this important milestone. 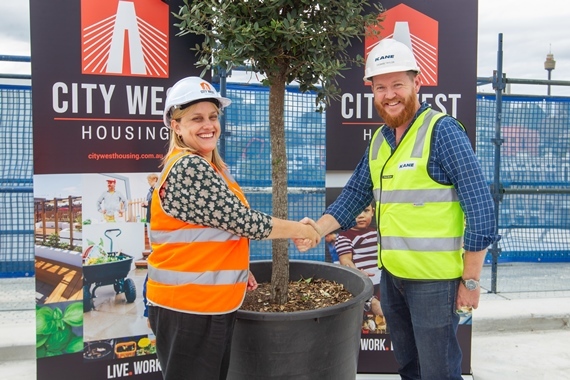 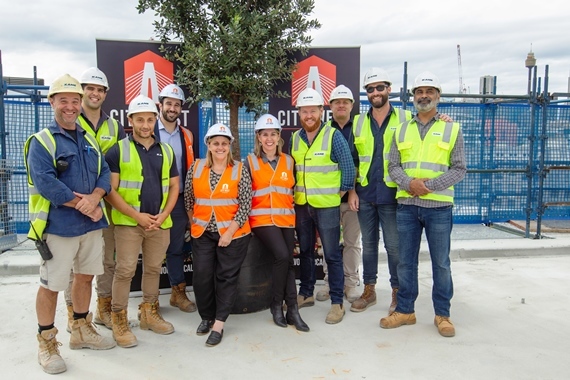 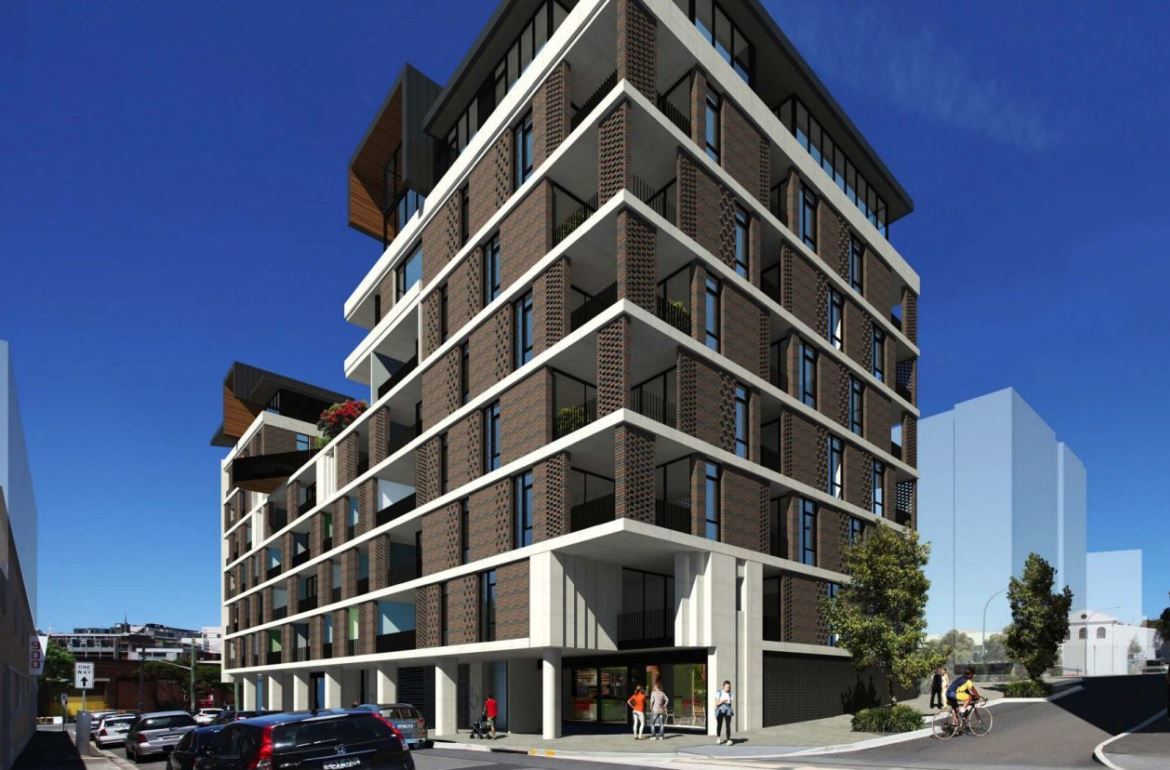 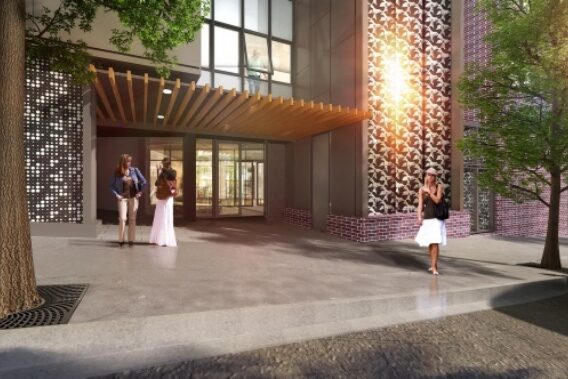