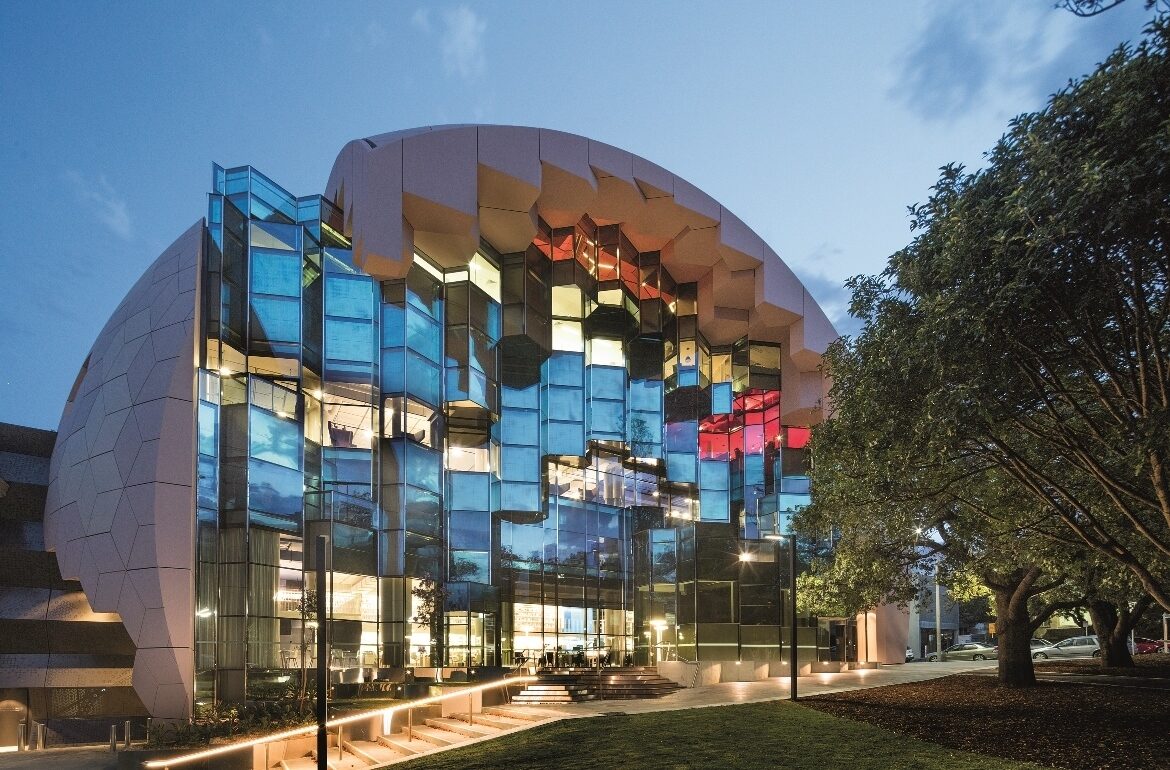 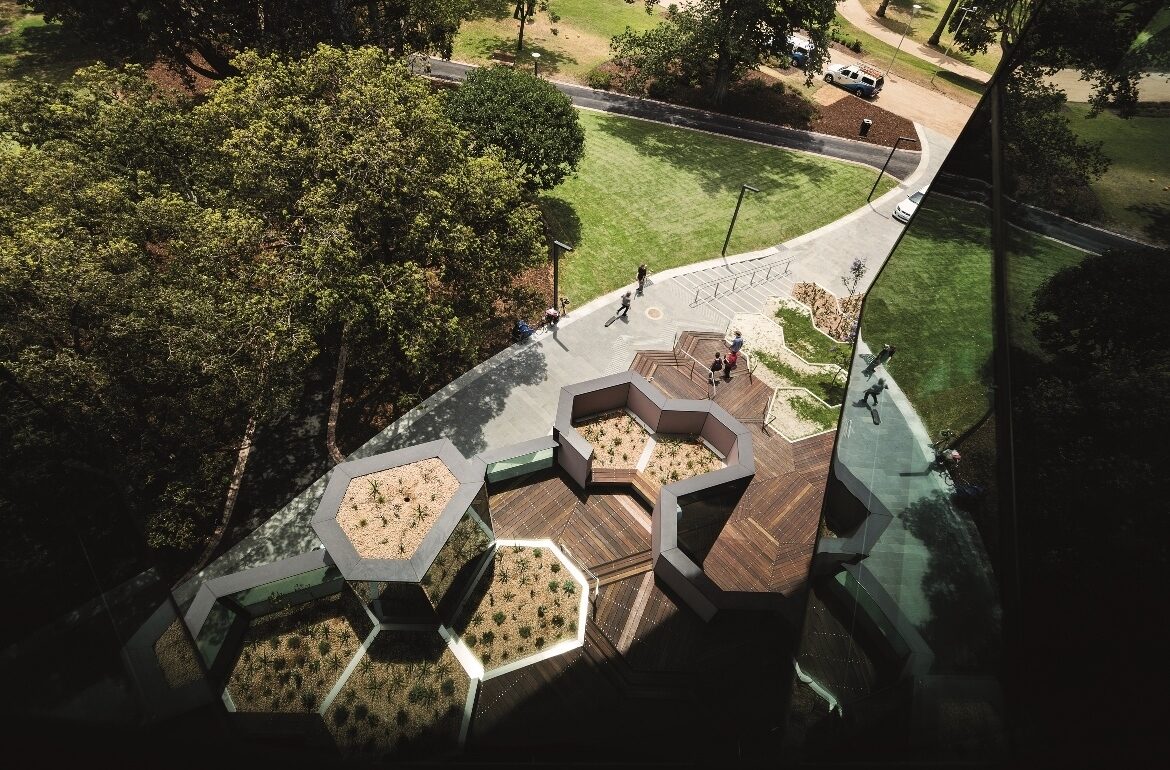 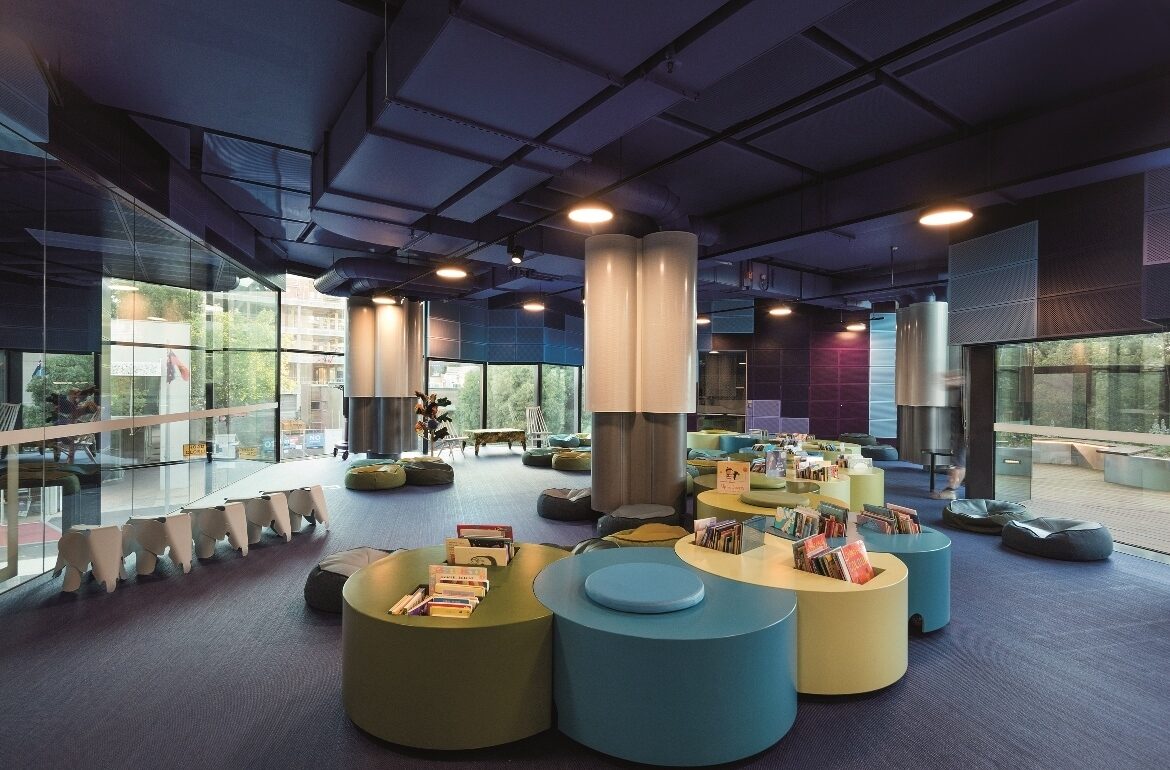 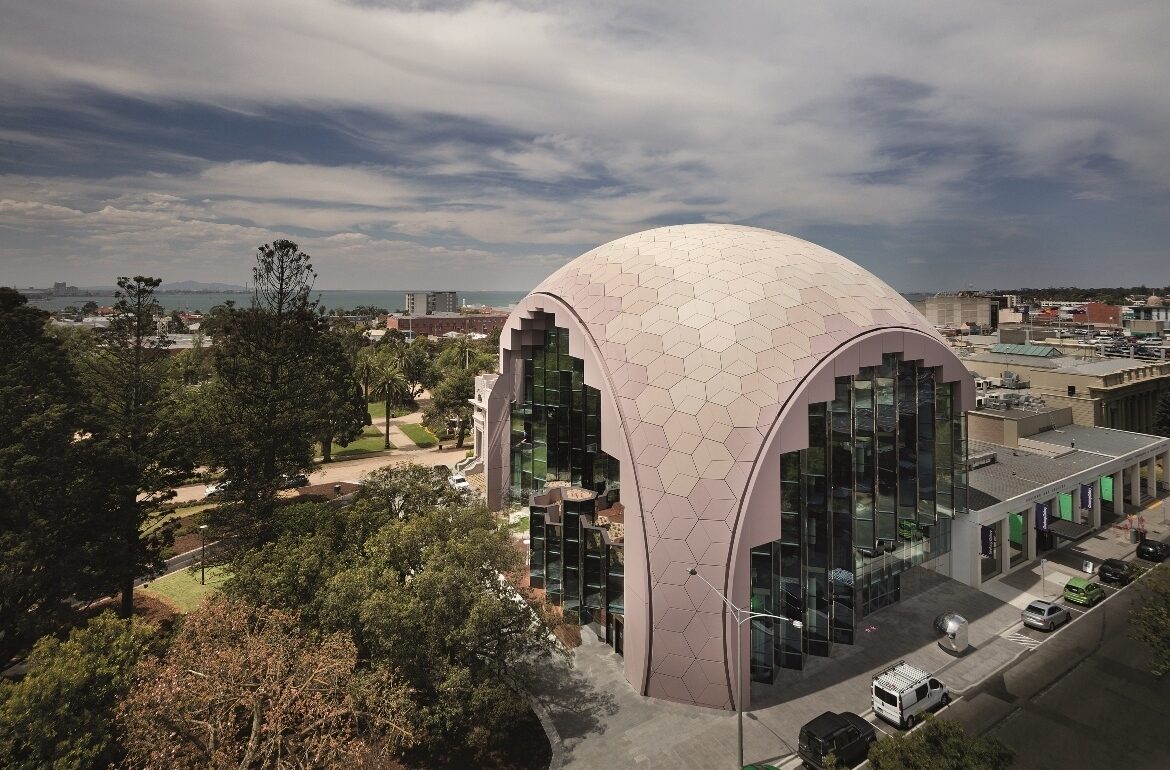 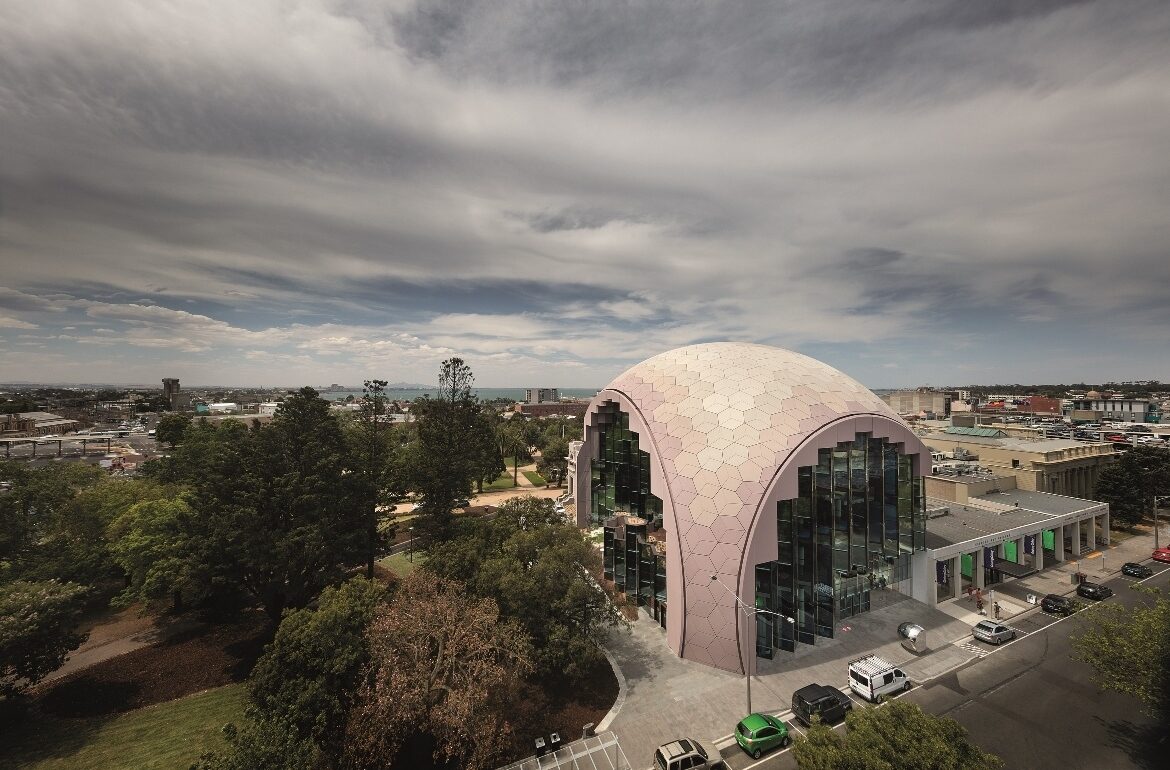 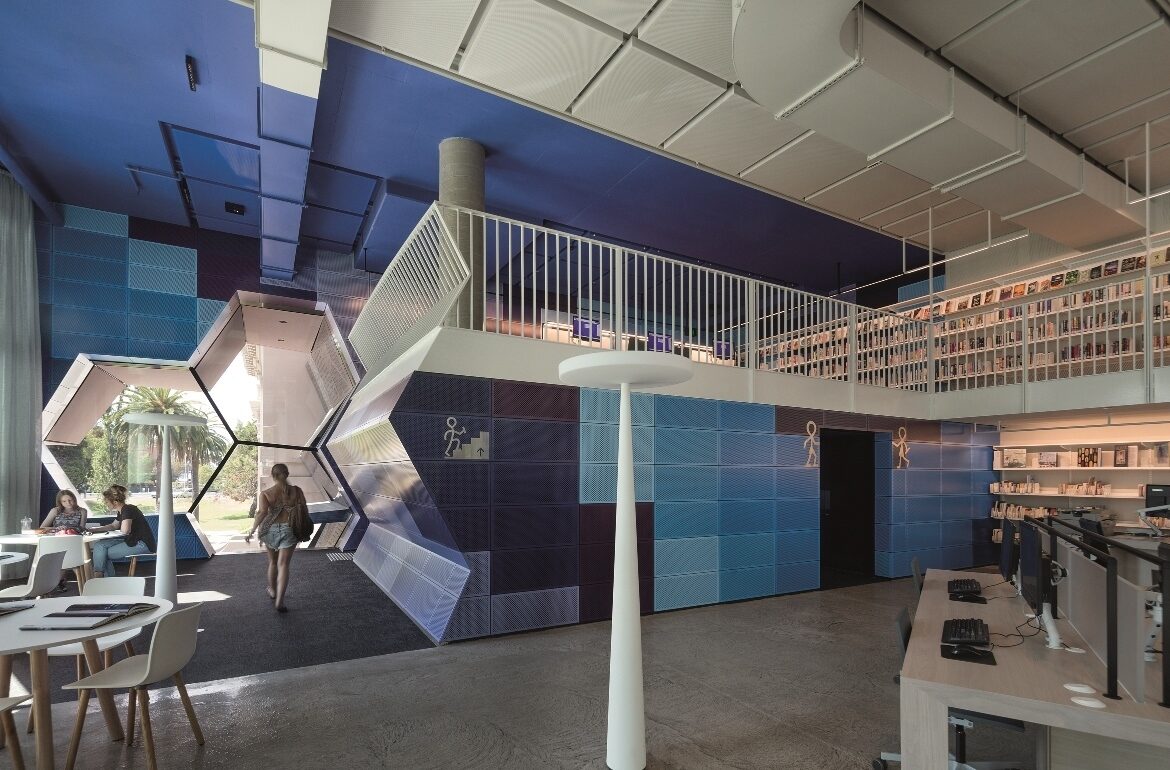 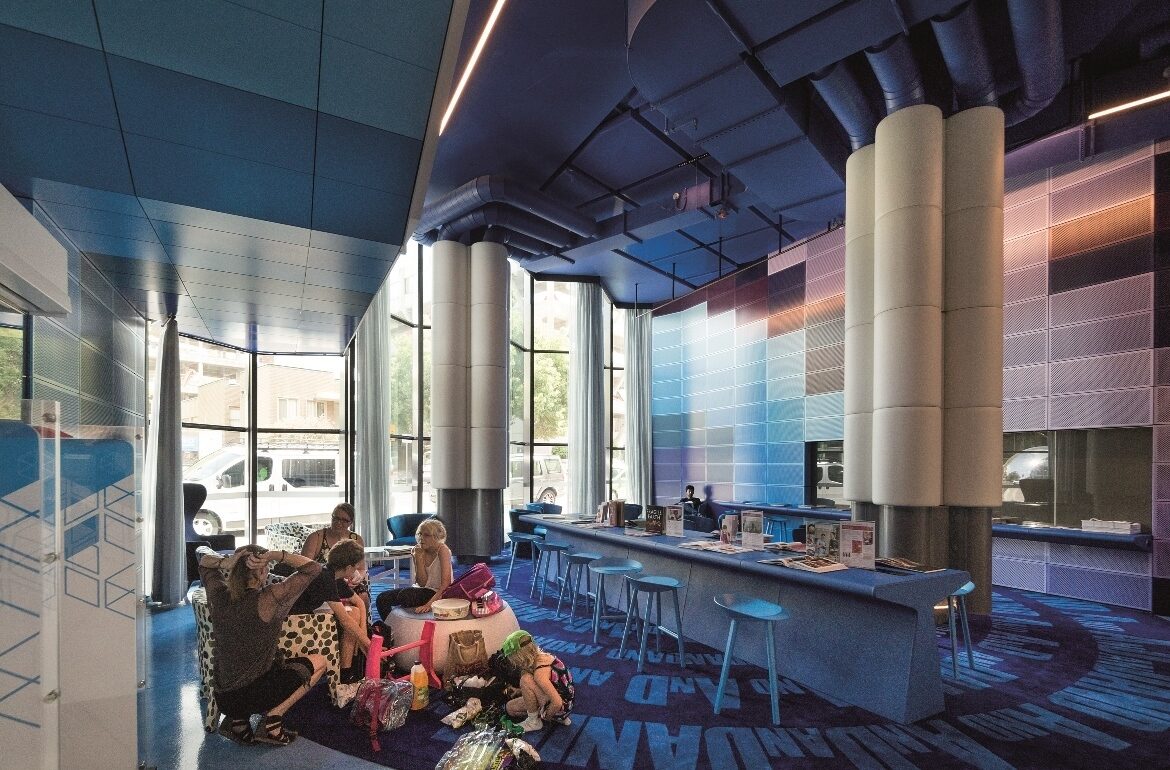 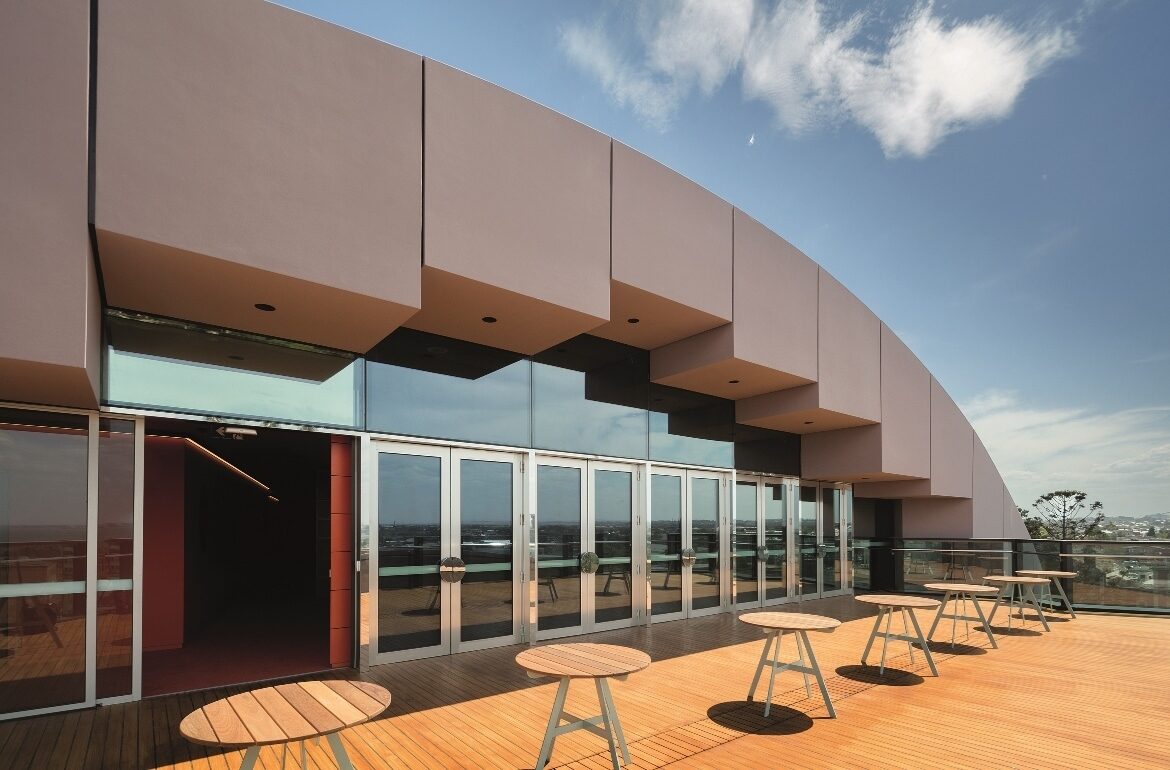 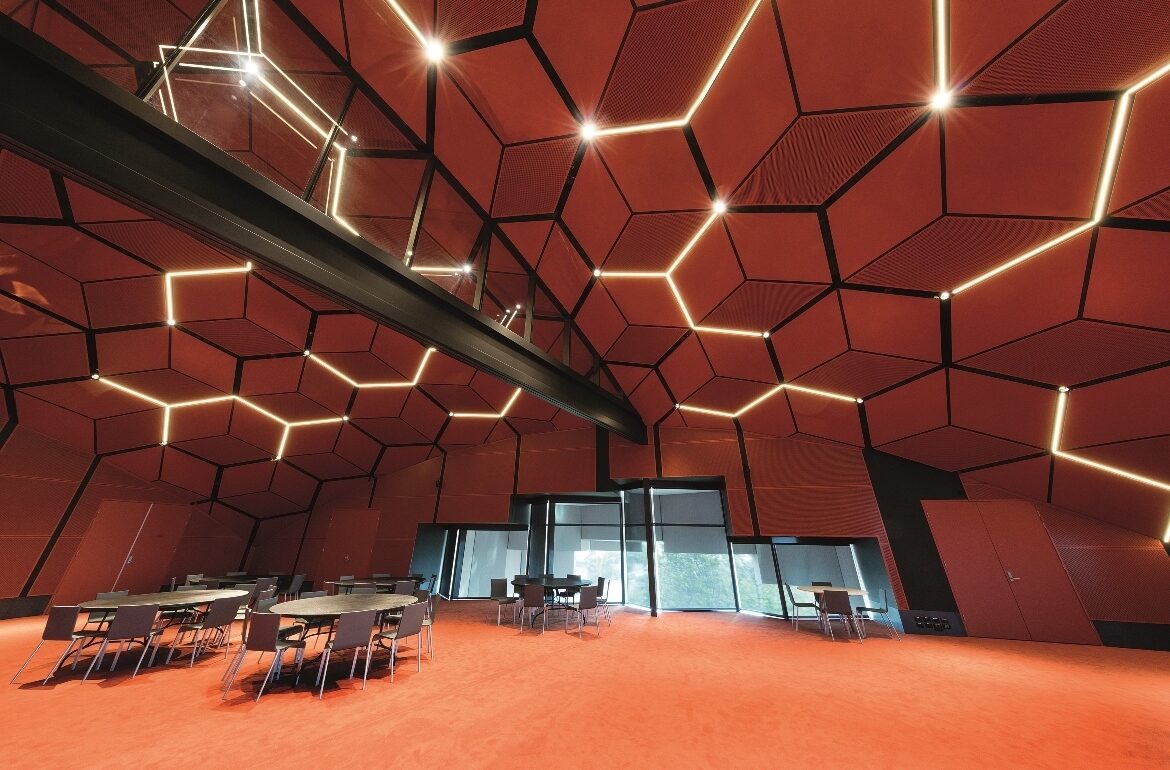 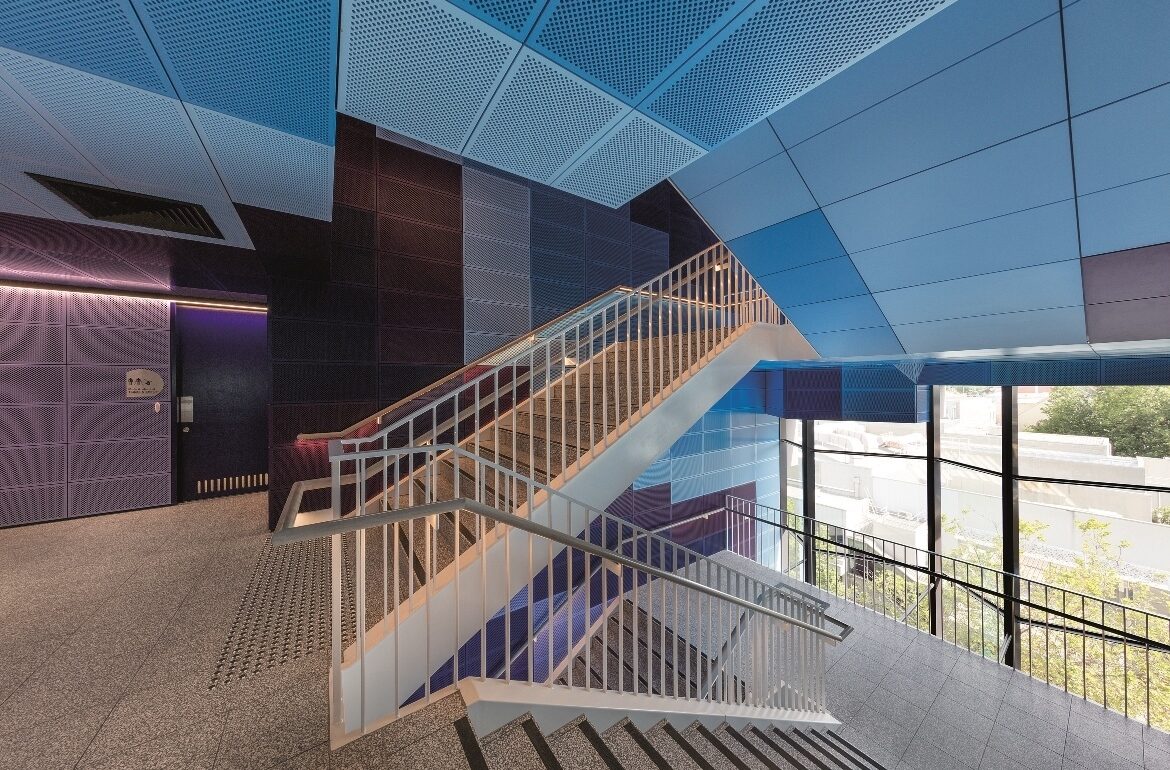 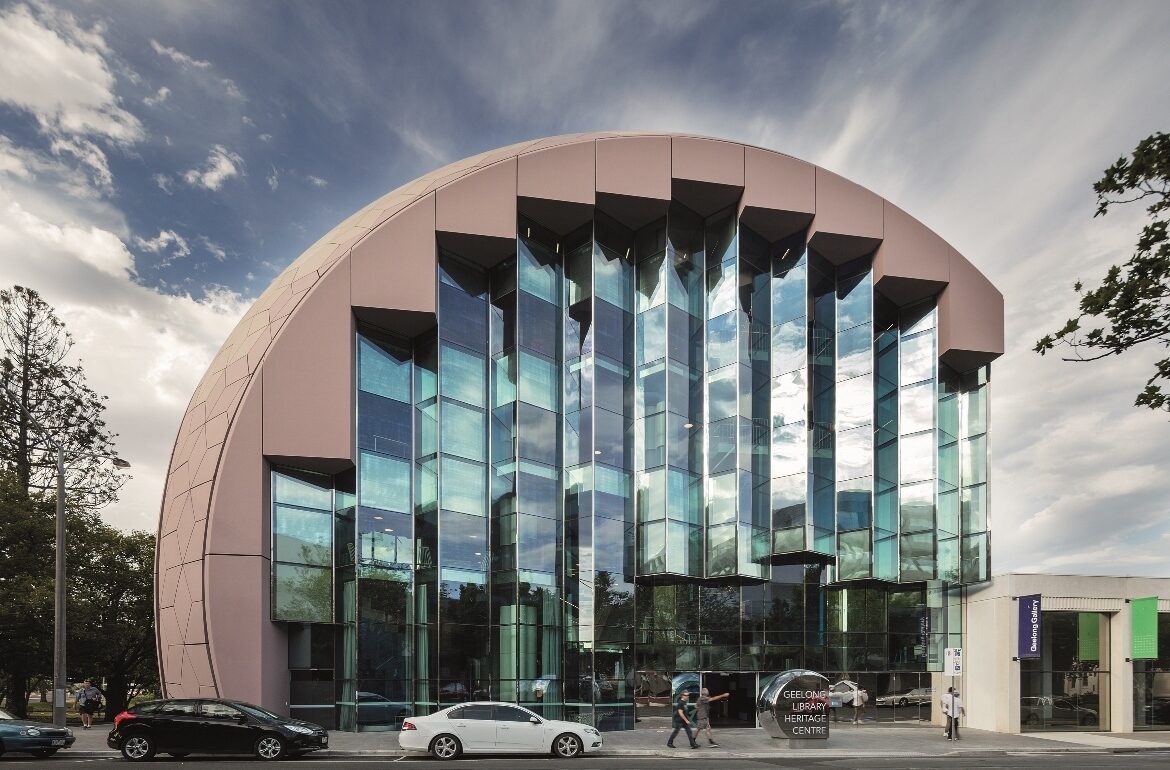 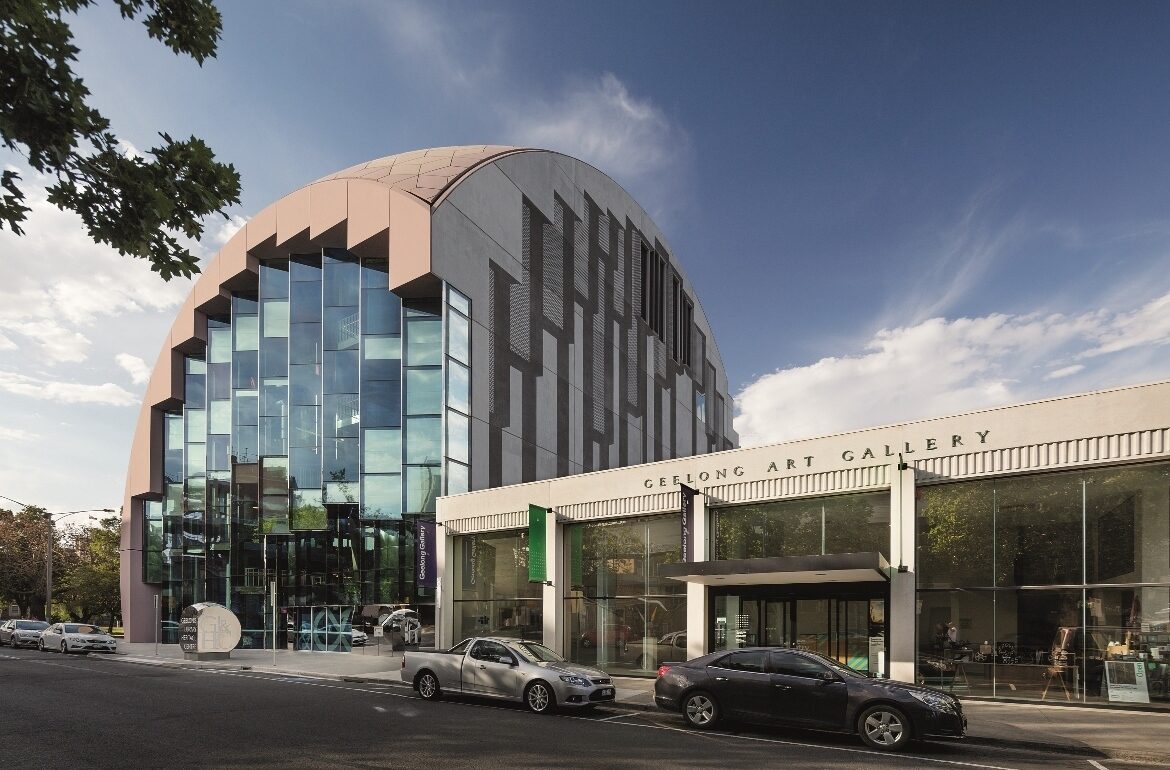 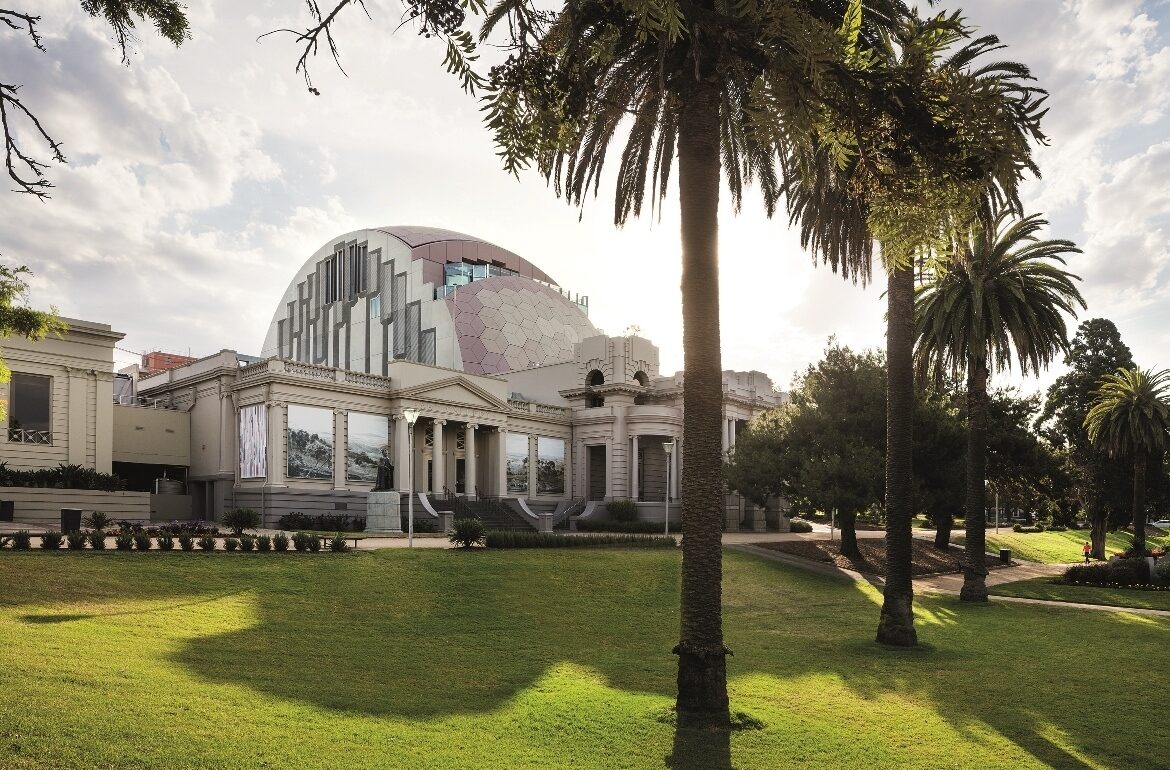 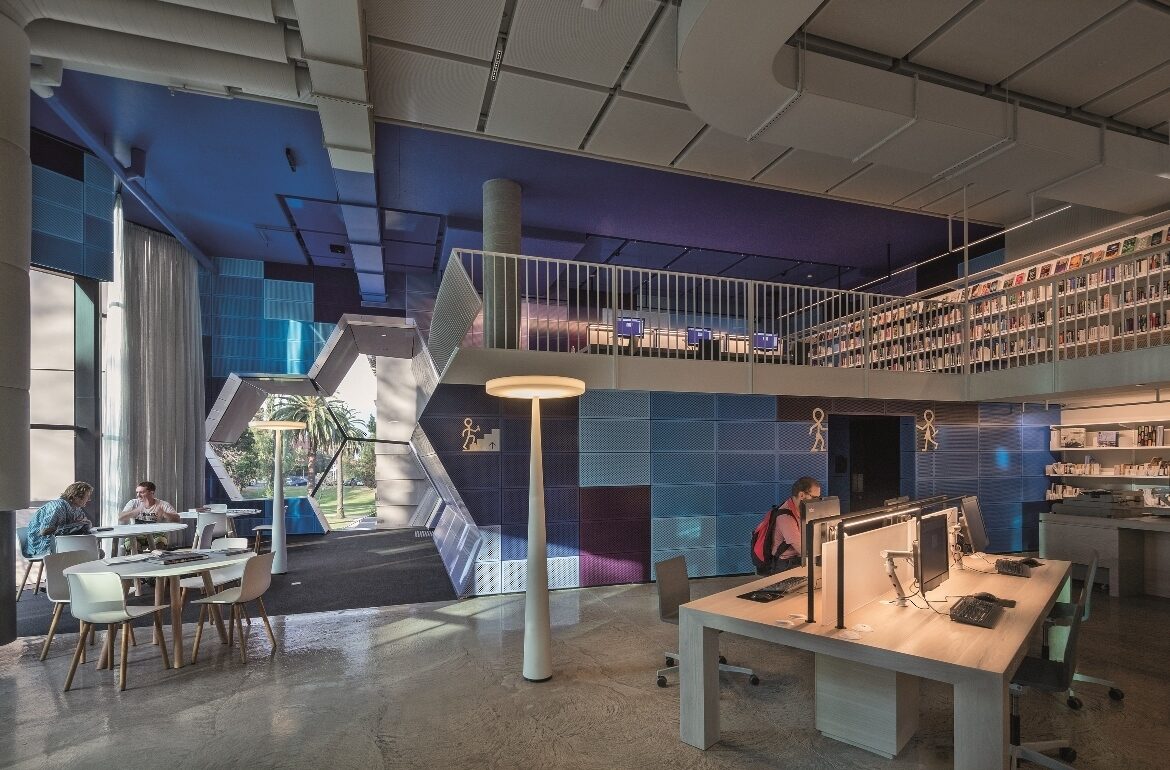 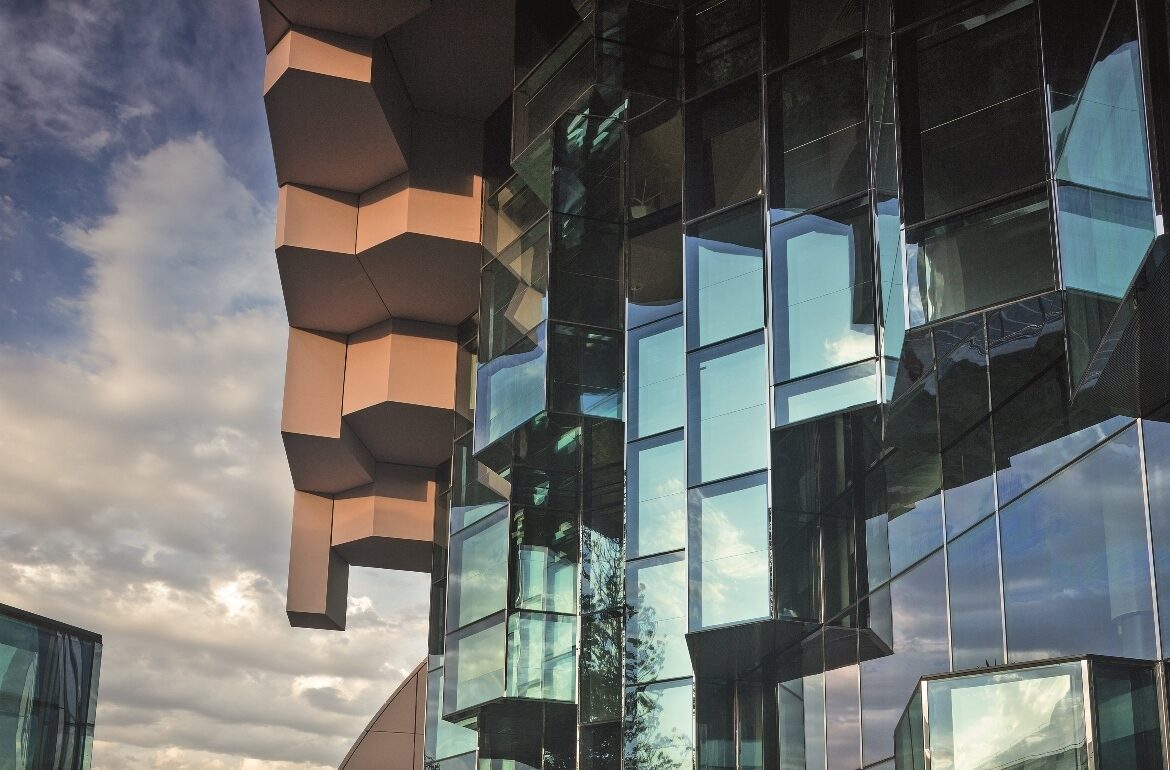 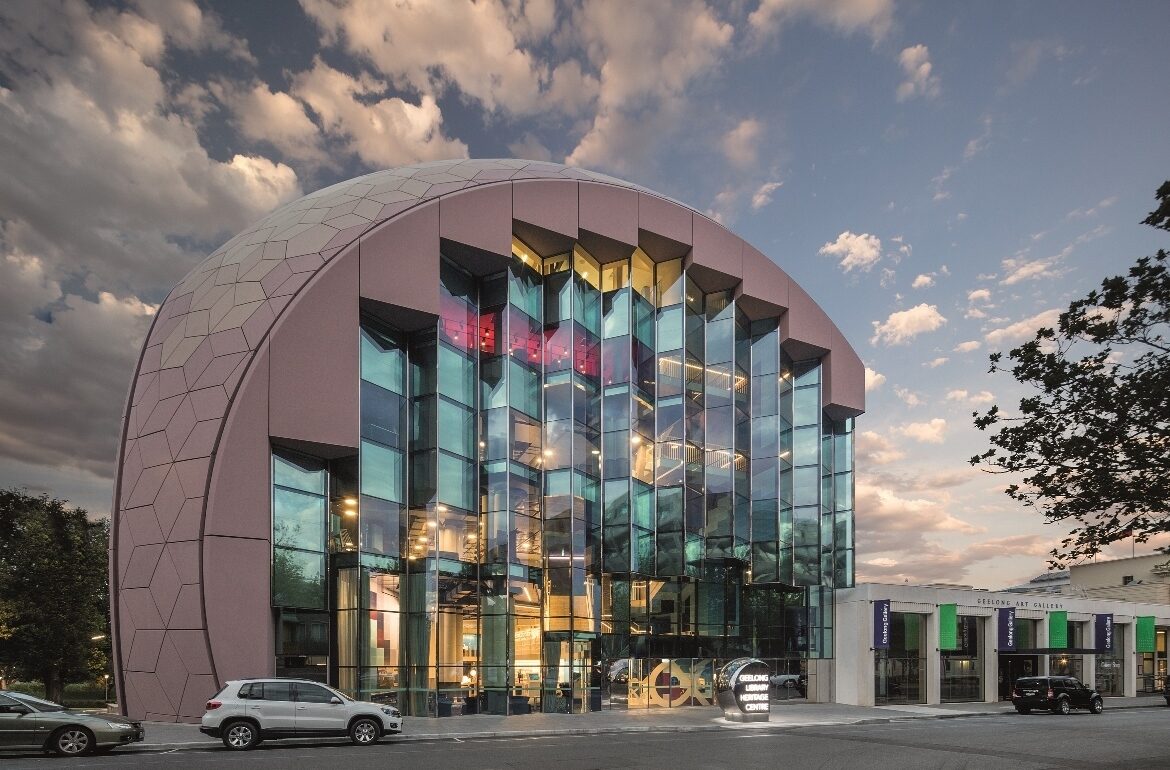 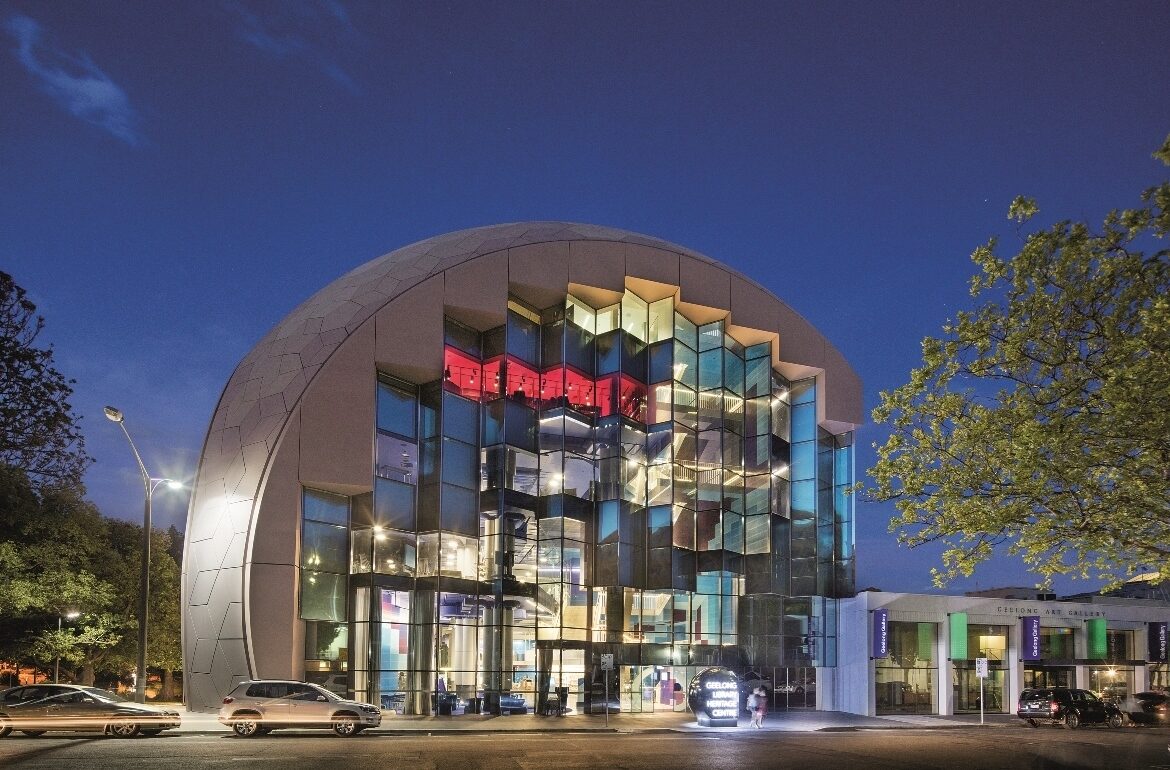 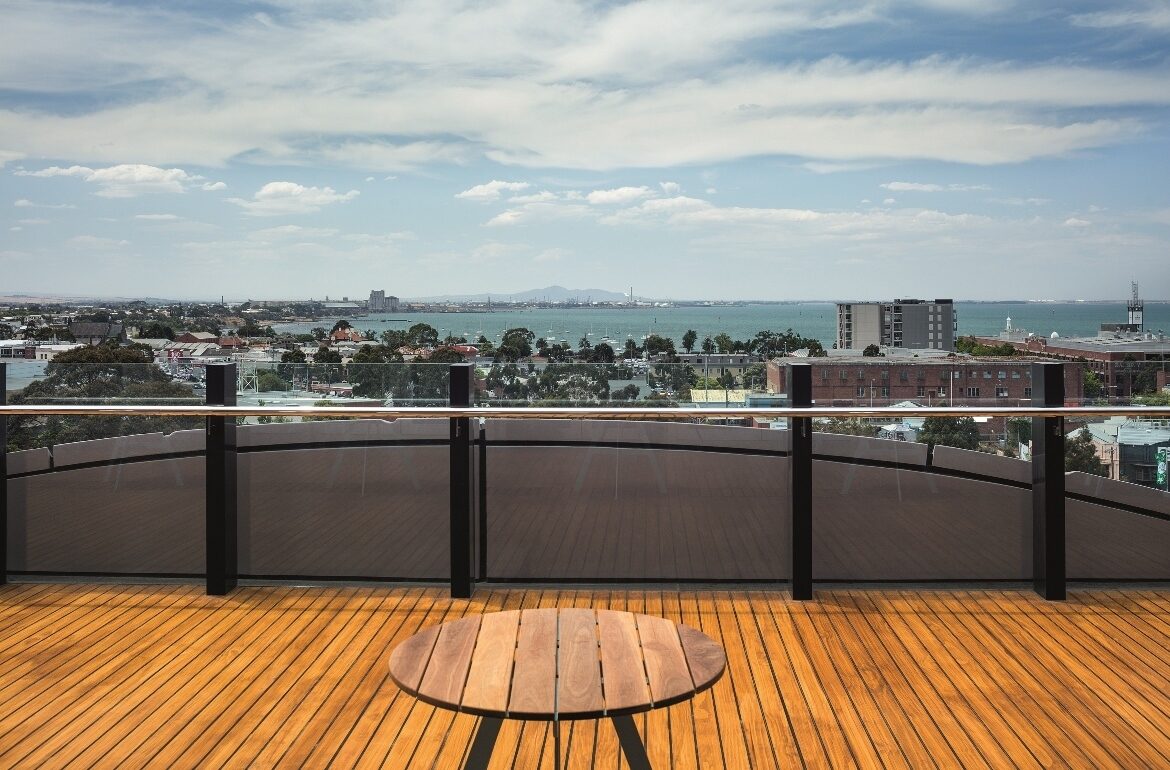 The new library and heritage centre not only provides access to information through printed collections, but also via the latest multi-media platforms. It also serves as a community hub in the centre of Geelong.

Located in the regional centre of Geelong, the new building replaces the old Library and Heritage Centre and is built on the former buildings footprint in Johnstone Park.

The existing library and heritage centre remained operational during construction.

The unique Glass Fibre Reinforced (GRC) cladding distinguishes the new Geelong Library and Heritage Centre. Approximately 550 panels were installed - including convex hexagon and pentagonal panels, facia and gutter panels. The lightweight GRC panels are manufactured off site complete with a secondary steel sub frame, and bolted to the primary steel structure to create the domed façade and roof of the Geelong Library and Heritage Centre.

The Lump Sum contract (with a Design and Construct roof and façade) was completed in late 2015.

"The Geelong Library & Heritage Centre Project was a unique, complex and demanding building project. The building's bespoke design, unique cladding and dome structure presented numerous challenges for the Kane Team, all of which were managed with a professional and competent approach." Scott Cavanagh, Acting General Manager Strategy & Performance, City of Greater Geelong 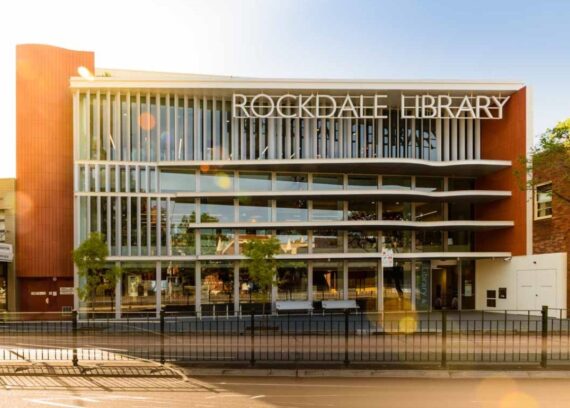 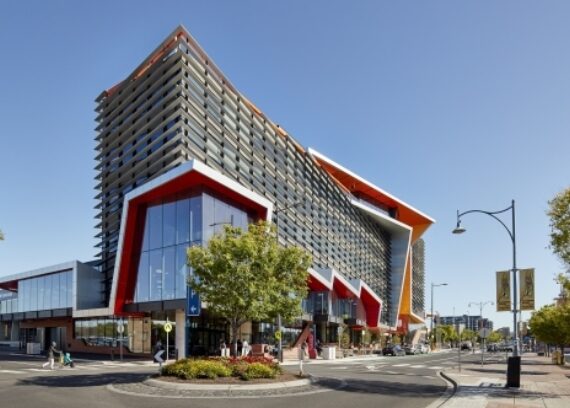