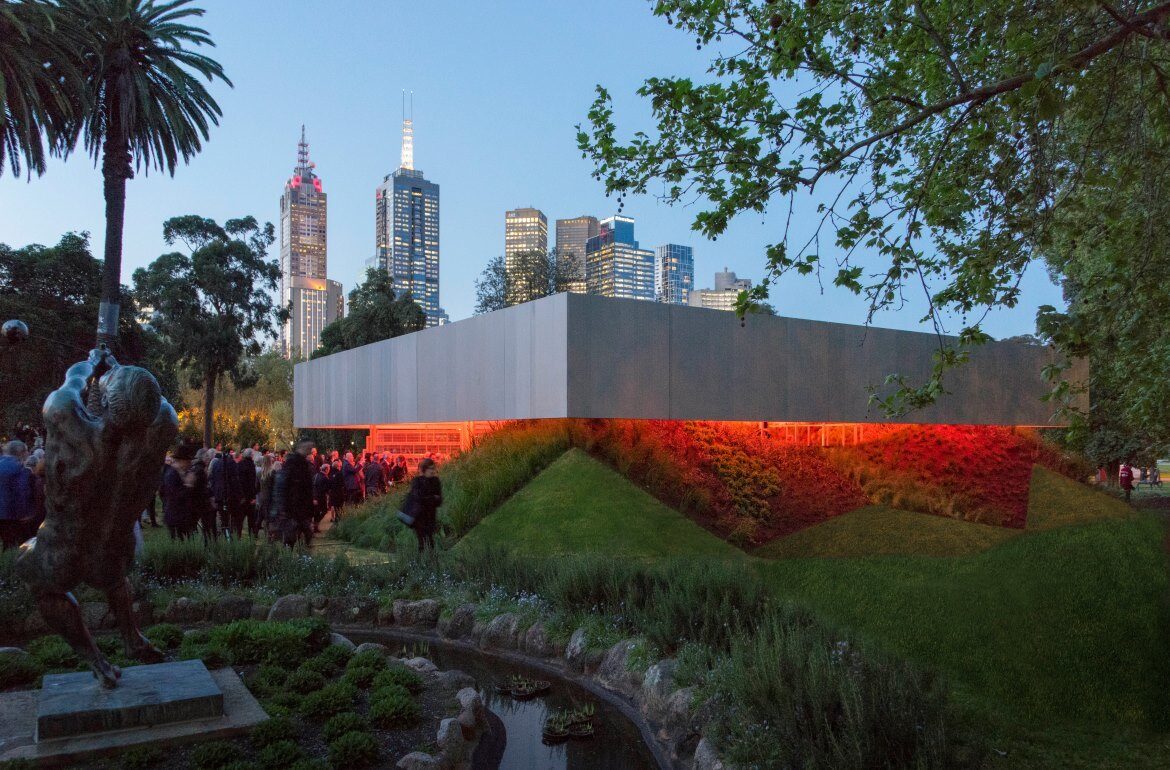 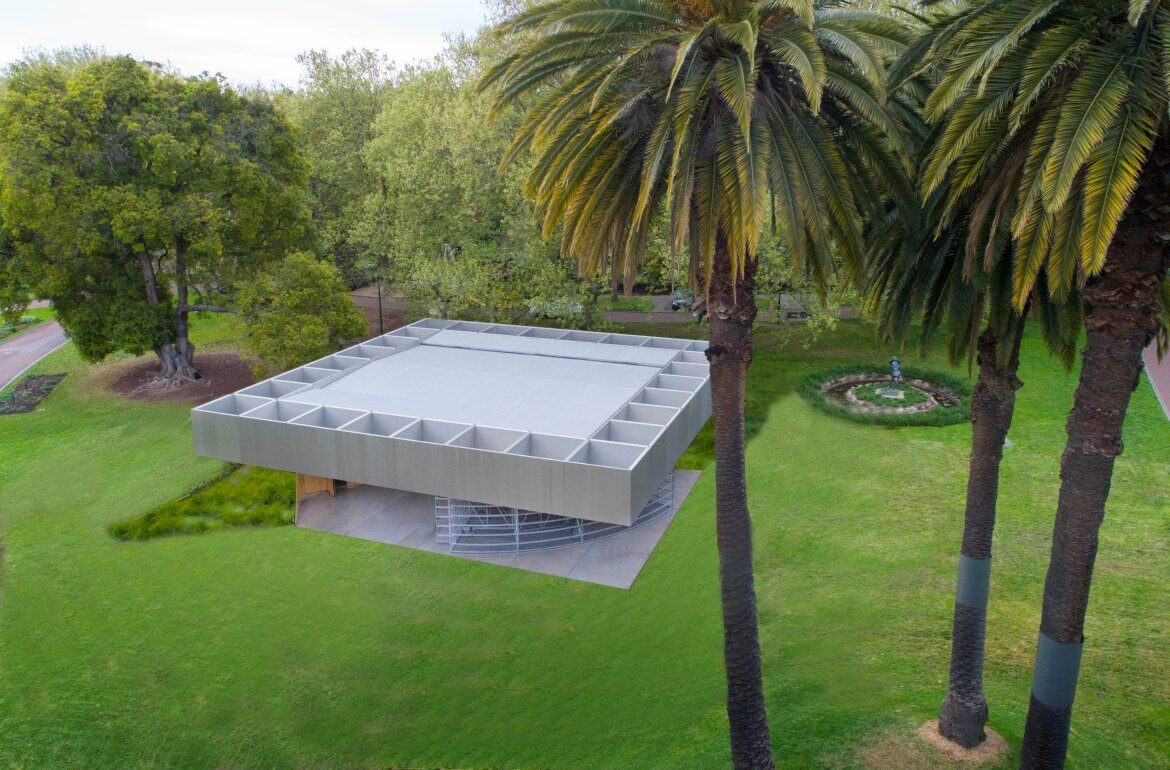 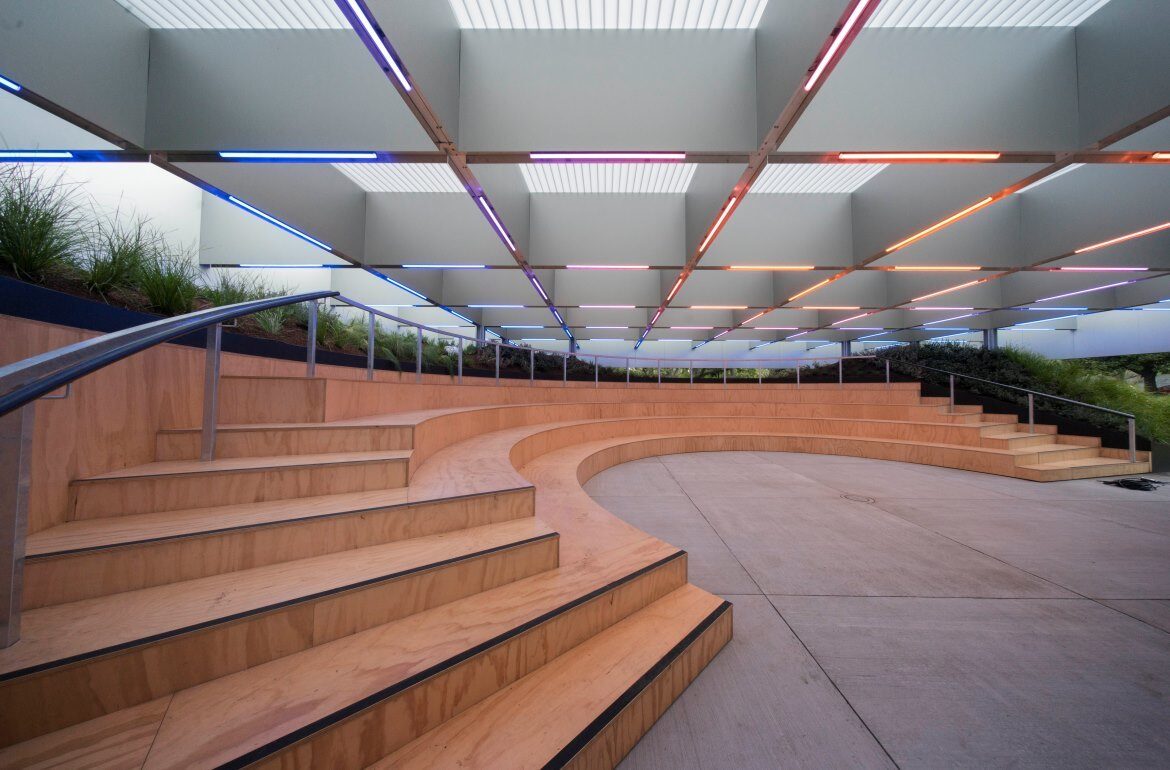 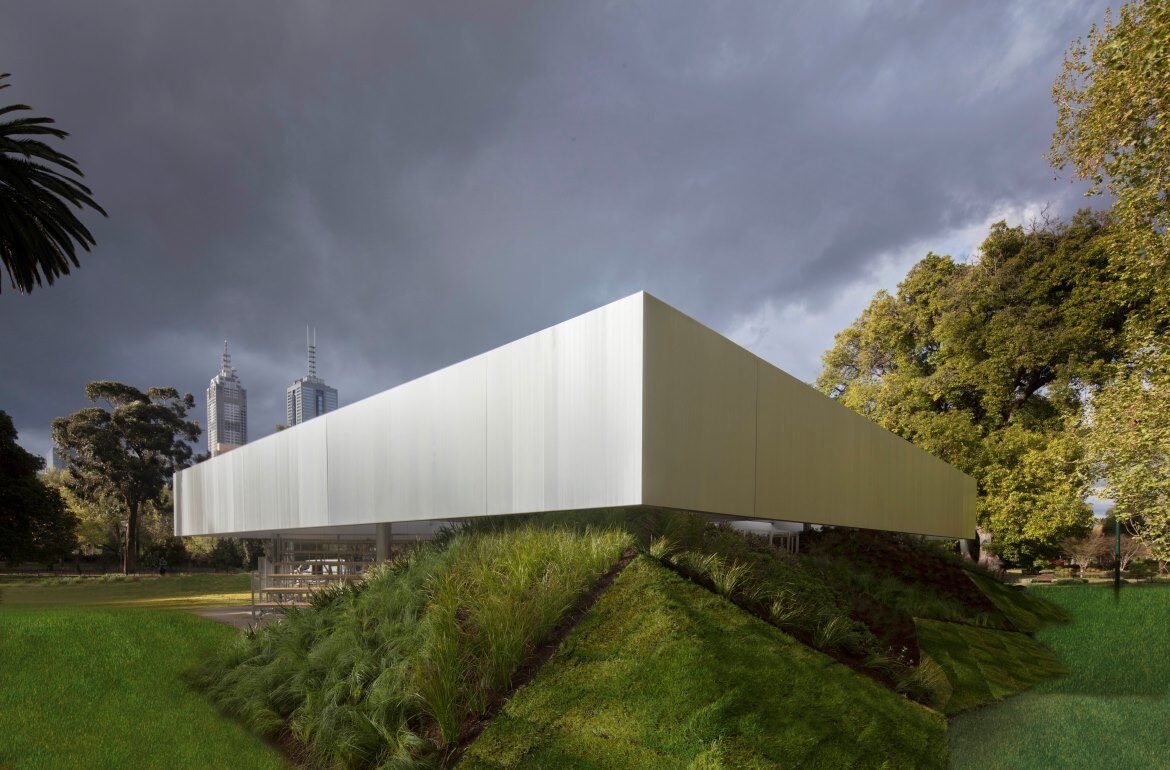 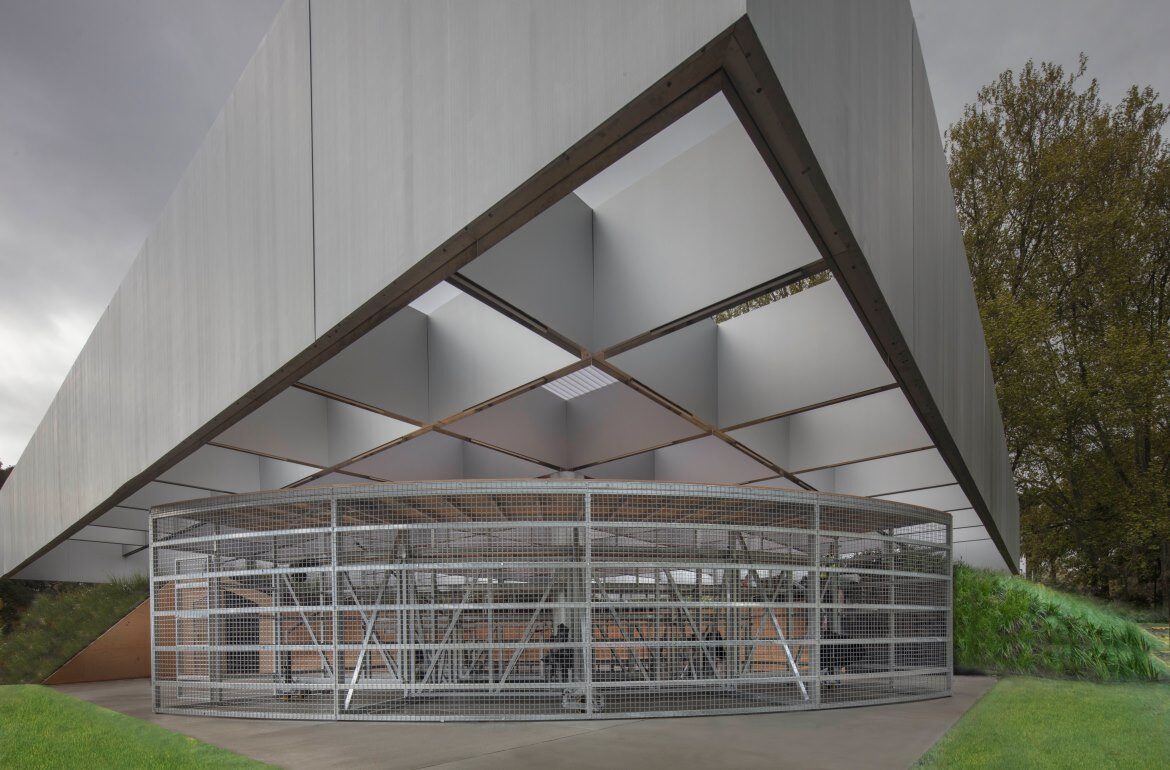 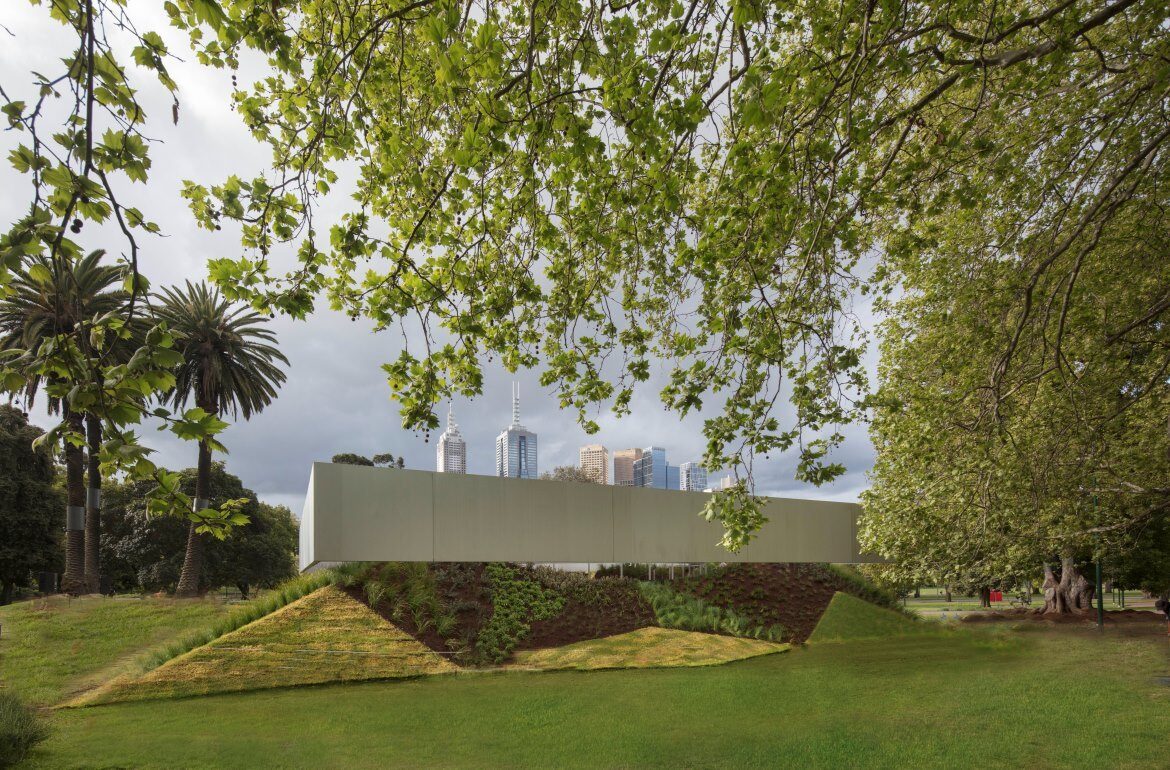 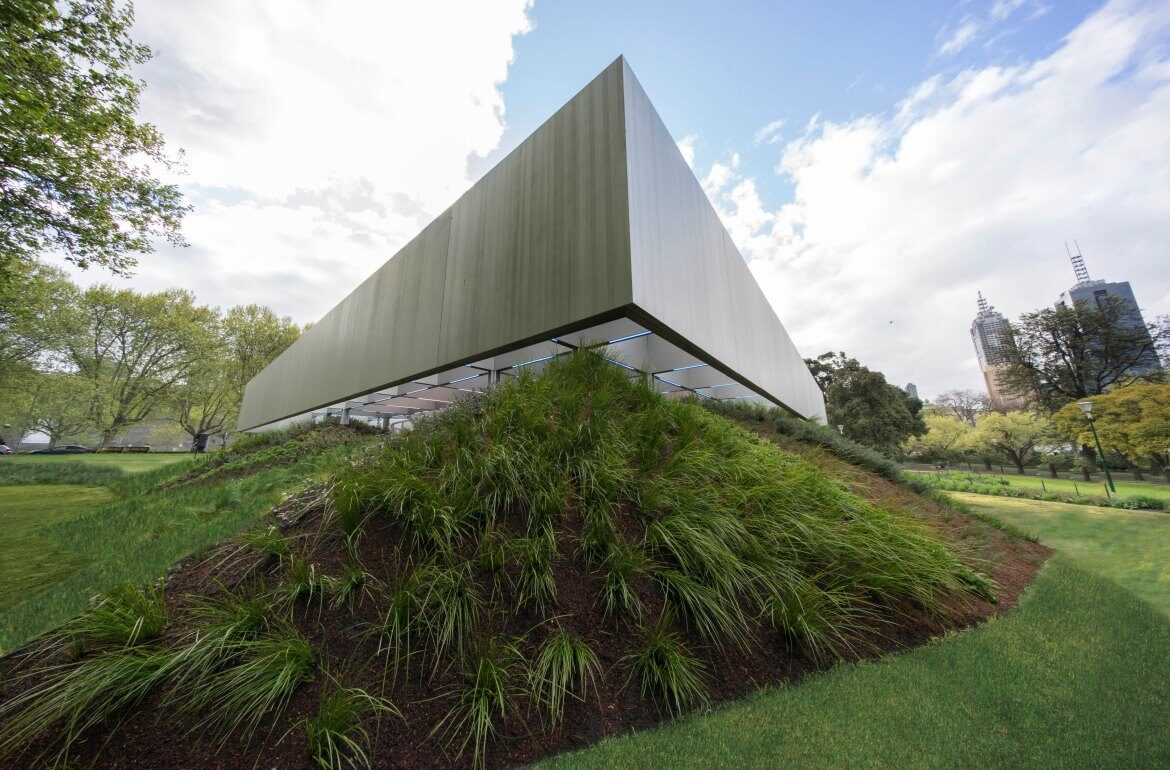 Kane Constructions continue to be the build partner for the Naomi Milgrom Foundation's MPavilion.

MPavilion 2017, designed by acclaimed architects Rem Koolhaas and David Gianotten of international firm OMA, opened on Monday the 2nd of October in Melbourne’s Queen Victoria Gardens. Initiated and commissioned by the Naomi Milgrom Foundation with support from the City of Melbourne, Victorian State Government through Creative Victoria and ANZ, MPavilion 2017 is the fourth annual architect-designed summer pavilion for Melbourne. Together with hundreds of creative collaborators — both Australian and international — MPavilion presents a free, four-month program of events from 3 October 2017 to 4 February 2018.

Inspired by ancient amphitheatres and embraced by a hill of native plants, MPavilion 2017 is shaped by two tiered grandstands—one fixed and the other moveable—and covered by a floating roof structure. The rotating grandstand allows interaction from all angles and for the pavilion to open up to the garden and broader cityscape. Overhead, a two-metre-deep gridded, machine-like canopy with a protective translucent roof embeds advanced lighting technology for the series of free public events.  Comprising static and dynamic elements, the 19×19-metre aluminium clad structure allows for multiple configurations that can generate unexpected programming, echoing the ideals of the typology of the traditional amphitheatre.

MPavilion 2017 blurs the lines between inside and outside, in a skillful yet empathetic manipulation of the surrounding landscape in Melbourne’s Queen Victoria Gardens. OMA’s MPavilion design seeks not only to employ the qualities of the amphitheatre, but to build on them and bring to life a flexible space that can function as a stage, tribune or even playground.

Of the design, Rem Koolhaas and David Gianotten said: “MPavilion is a project that hopes to provoke discussion around what architecture can do both globally and in an Australian context. We’re interested in treating this pavilion not just as an architectural object, but as something that injects intensity into a city and contributes to an ever-evolving culture.” 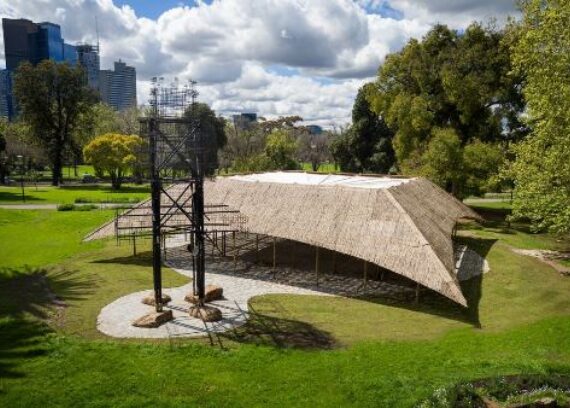 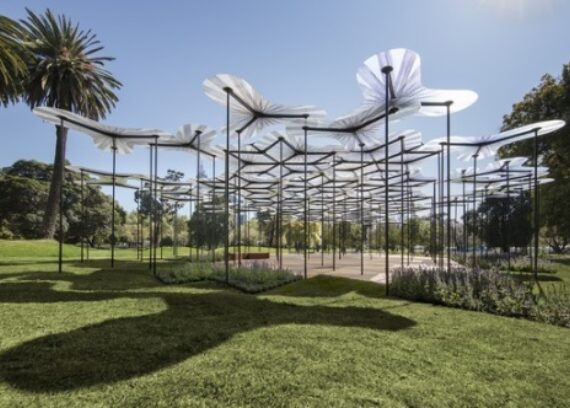