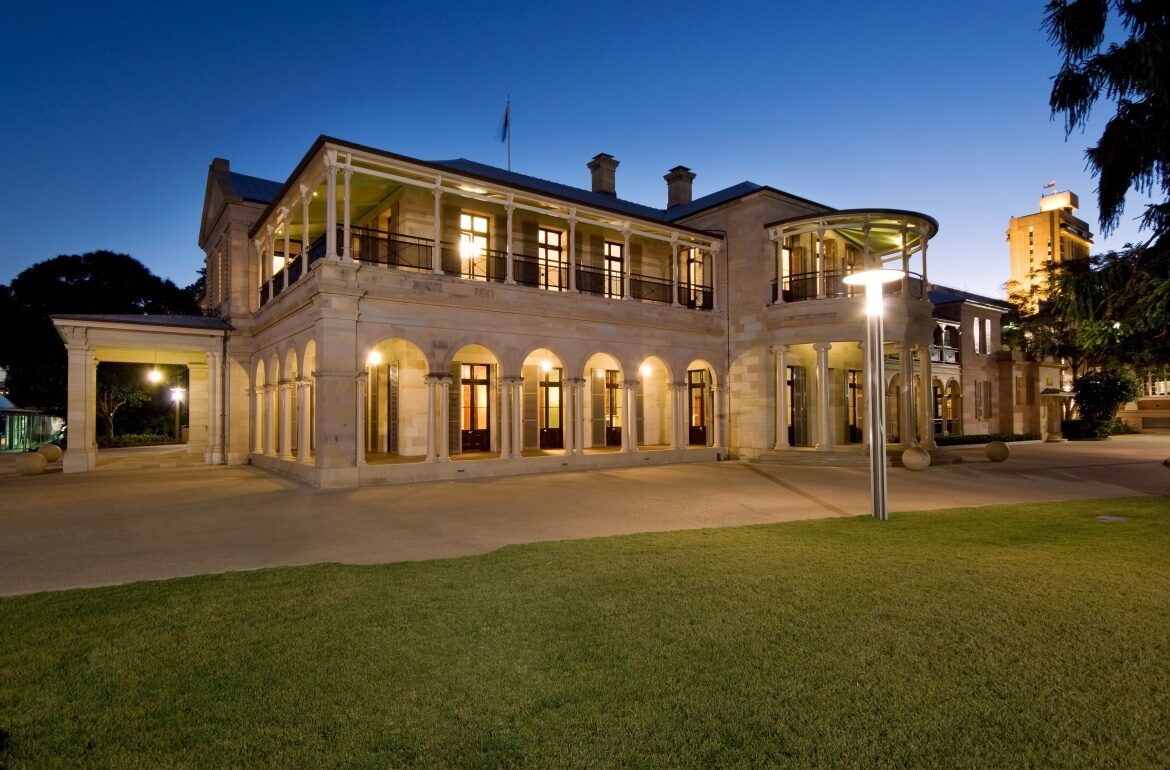 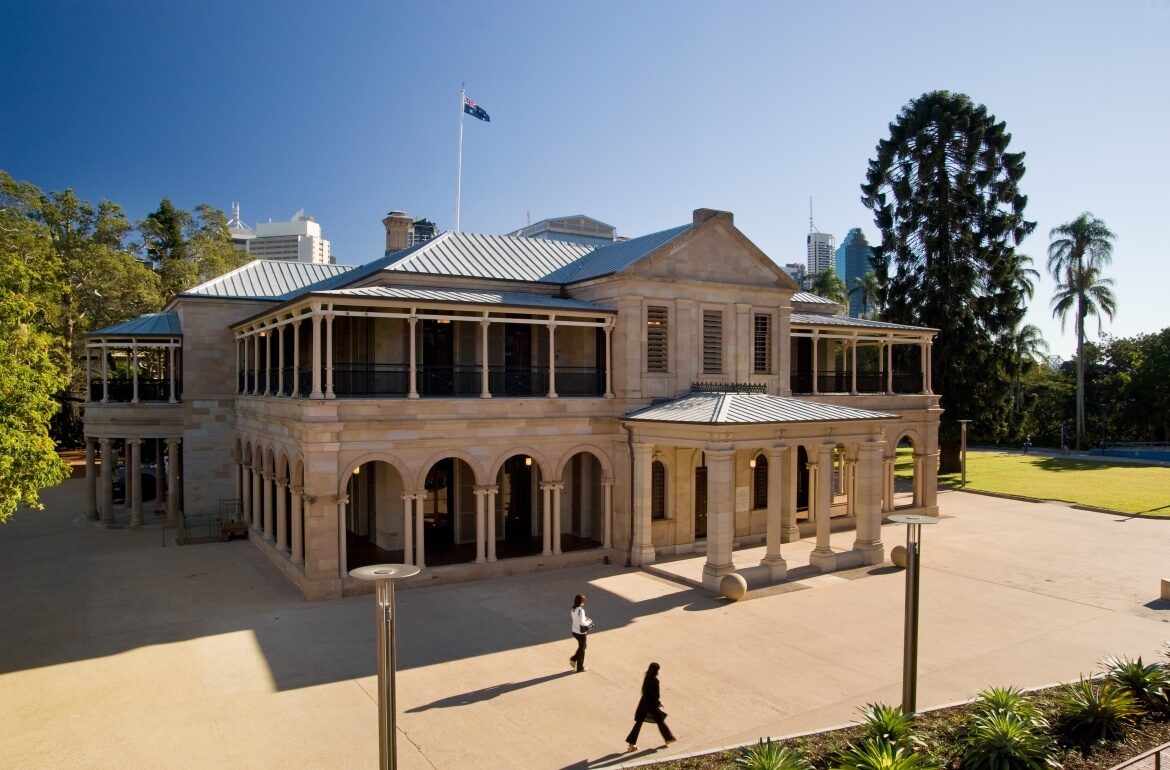 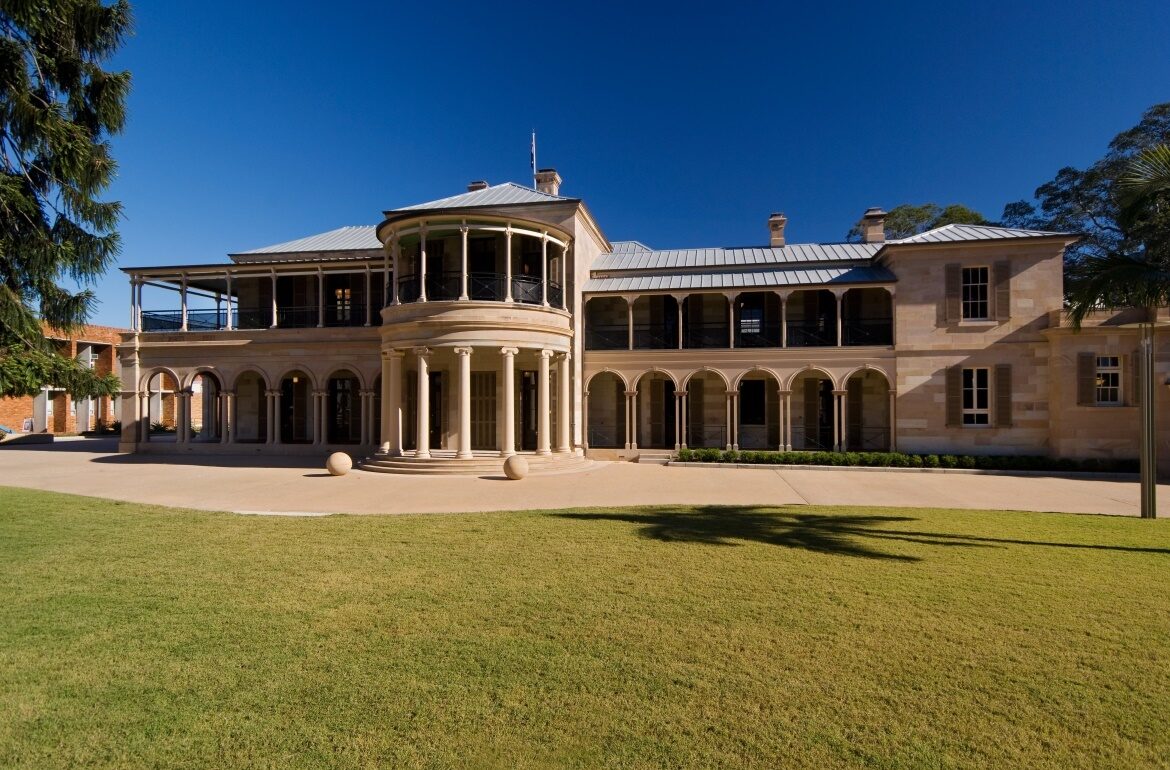 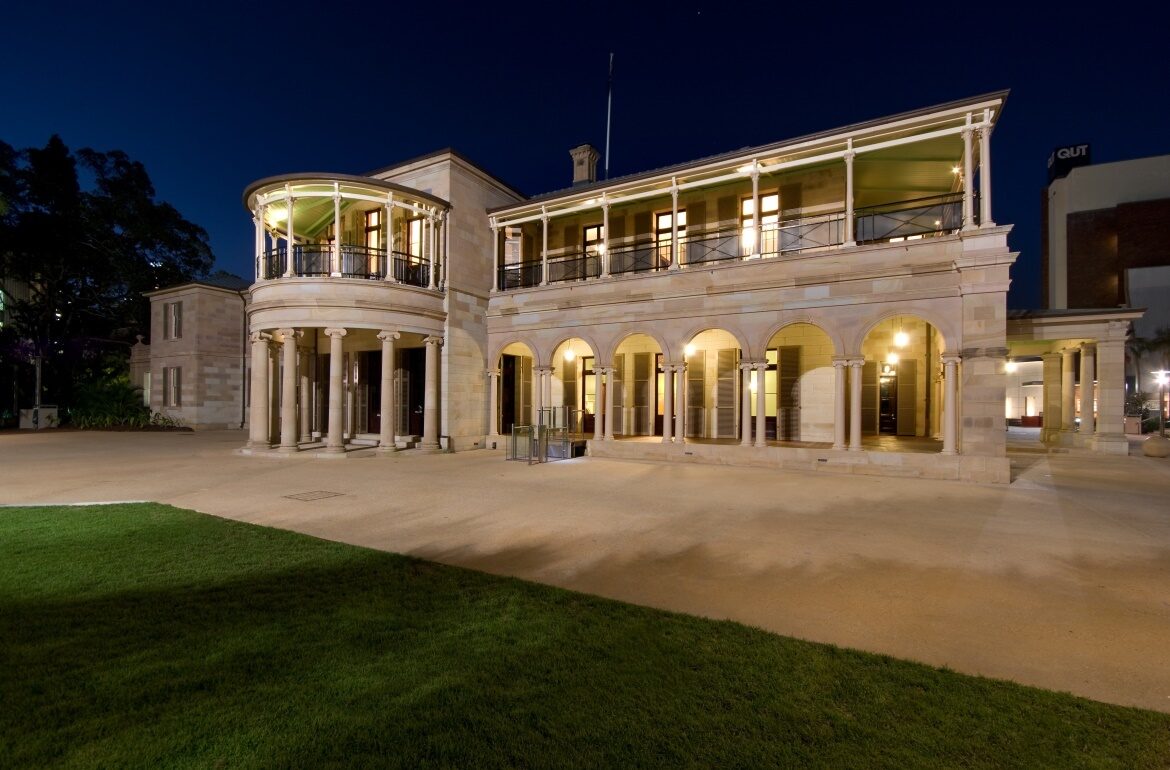 Kane Constructions was awarded the contract in 2008 for the restoration and adaptation of one of Brisbane’s most significant heritage buildings, Old Government House, originally constructed in 1862 and located at the Queensland University of Technology. Works included asbestos removal, demolition, significant carpentry restoration, French polishing, painting and all services including a glazed platform lift.

Challenging elements of the project included the installation of a subfloor termite reticulation system that can be replenished externally without requiring access to the building and the design and construction of a trafficable glass floor structure inside the central light shaft which also houses a new 1200mm diameter chandelier. The entire roof structure had to be held up temporarily using a series of 10m long tri-shore props in order to complete structural repairs to the roof.

Constant contact was maintained with QUT and numerous other stakeholders due to the site being located in a major city thoroughfare. 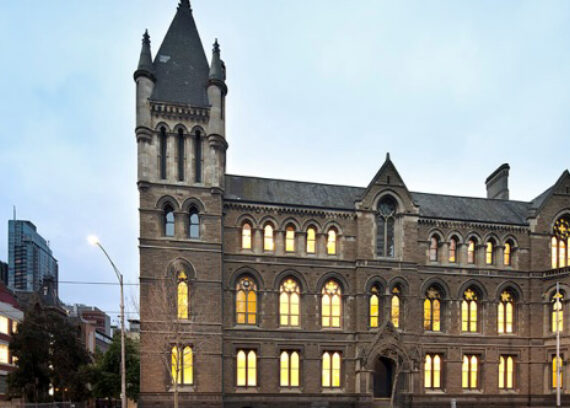 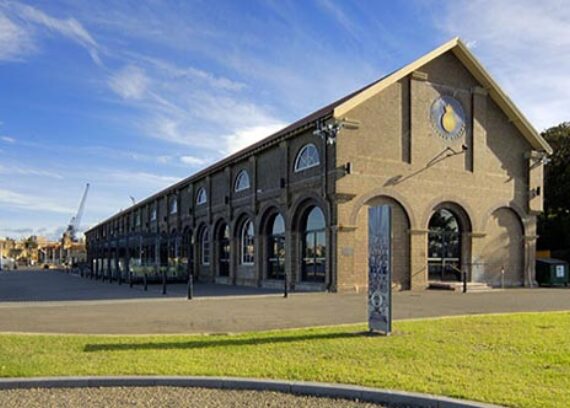